The evolution of the cricket bat - from then to now 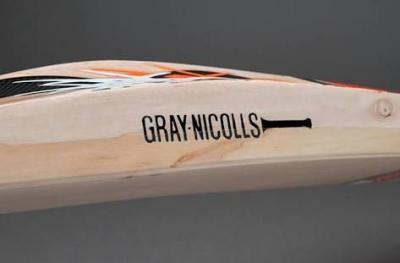 It's the Asia Cup and Pakistan are playing their arch-rivals India. They need nine to win from 4 balls with one wicket in hand and 'Boom Boom’ Shahid Afridi is facing Ravichandran Ashwin. A short ball on off-stump is thumped with mighty force by Afridi. The ball catches the outside edge and sails over the cover boundary. 73m six.

Another short ball, this time on the stumps. Afridi once again edges the pull but the ball travels over long-on and Pakistan win. The Pakistani fans erupt into celebrations as Lala has done it yet again for them.

If this match were played some decades ago, India would have been the ones celebrating. Top edges don't go for sixes in the Bradman-era. 73m would be way inside the boundary line. But this is another era, the era of sixes, the era of short boundaries, the era of gigantic bats.

Those pieces of wood which the likes of Ranjitsinhji, Wilfred Rhodes and WG Grace used have quadrupled in size. Not surprising though. The only things that have grown shorter in cricket are Dhoni’s hair, Sir Richard Hadlee's run-up and boundary ropes. Bats have just grown bigger, bigger and bigger since.

David Warner's Kaboom bat (Gray Nicholls Kaboom) has a depth of 85mm. Considering the number of bats modern cricketers use, if David Warner hadn’t played cricket, there would have been a willow forest in New South Wales.

Warner isn't the only modern cricketer to carry such bats. The likes of Chris Gayle, Kevin Pietersen and MS Dhoni carry pretty deep wood bats and it has been a subject of a lot of discussions in recent times.

The MCC eventually brought in some changes and outlined a set of permissible dimensions for the cricket bat. "We have talked for the last couple of years about concerns that the committee has had about the size of bats and where the size of bat is going to go in the next five-ten years," Ricky Ponting, a member of the committee, had a as revealed by ESPNCricinfo. "So we have actually come up with some dimensions that we are comfortable with as a committee."

The new permitted dimensions will be 108mm in width, 67mm in depth and 40mm edges. That would mean Warner's 85mm bat is 18mm above the permissible limit, which is quite outrageous considering that the balance between bat and ball is heavily compromised.

The history of the cricket bat

The earliest cricket bat used was believed to be in 1620 when a batsman hit the fielder with a bat to prevent him from catching the ball. The shape of the bat was thought to be similar to modern hockey sticks since rolling the arm over wasn't yet practised at the time.

It started taking a rectangular form in the late 1700s and early 1800s. The laws had by then changed and bowlers were allowed to roll their arms over like they do in modern cricket. There were no restrictions on the size or the shape of the bat at that point of time.

The width of the bat was set at four and a quarter inch by the Marylebone Cricket Club (MCC), the copyright holder of the Laws of Cricket in early 18th century. This came on the back of an Englishman, representing Ryegate, walking in to bat against Hambledon in 1771 with a bat as wide as the stumps.

The bats were believed to be around £5 then, and were made from English Willow trees, specifically the heartwood portion which was dense and hence appeared darker.

The advent of the 20th century saw players like Don Bradman, Vijay Merchant and Wally Hammond emerge. They used bats similar in size and shape but the weight varied. The average bat was two pounds two ounces. Billy Ponsford, though, was famous for using a 2.9lbs bat, called the “Big Bertha” bat. But by the 1960s, players like Clive Lloyd and Graeme Pollock started using bats heavier than 3 pounds.

This made playing certain shots particularly difficult, a reason why several players still preferred lighter bats. The Great Ranjitsinhji discovered the leg glance courtesy a light bat which could be steerer quite easily as against a heavier willow.

Cricket spreading to other countries was also instrumental in the development of bats. Manufacturers started experimenting with local timber and the English Willow was tried to be grown in Australia and New Zealand with little success.

The distribution of weight and the sweet spot

From the mid 1900s, the big bat revolution began. The Kashmiri willow became famous in India and Pakistan as it was approximately the same in terms of weight as the English kind, although it was believed to be less durable.

The real change came when the distribution of weight turned into something bat manufacturers experimented with. Gary Nicholls and John Newberry were the pioneers of this movement and it resulted in “Super Scoop” bats.

There was a large hollow at the back of the bat and more timber at the edges. This distribution brought the “sweet spot” into focus. 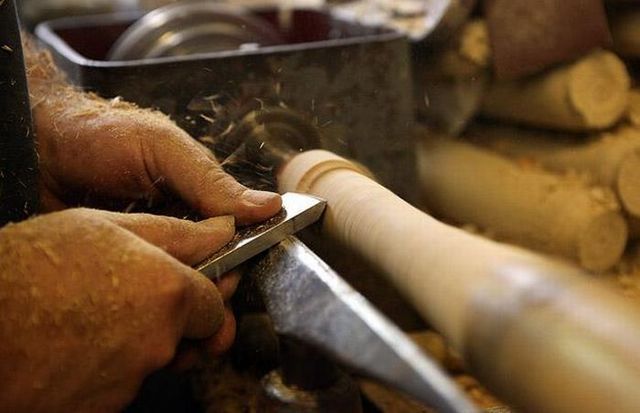 Immense precision goes into the preparation of a bat. [Credits: Izismile]

In those times, the middle of the lower half of the bat was the sweet spot, where the timber would be dense. This allowed the bat to induce maximum power on the ball. These days, bats have so many sweet spots that they could very well be mistaken for a bakery.

Once the sweet spot was settled, the focus turned into reducing the weight of bats. The likes of Sachin Tendulkar and Lance Klusener used monstrous bats that played a part in back injuries. The emphasis as such turned into making lighter bats which generated as much power.

The dryness of the willow was considered a crucial factor here. Reducing moisture content of the willow allowed bats to become lighter while maintaining the same effectiveness in terms of power. Modern day bats are actually lighter than those used in the 1960s but have bigger edges and greater depth.

The material at all times remained wood after Mike Brearley complained of Dennis Lillee’s aluminium bat in 1979. A graphite reinforced bat was used by Ricky Ponting and Michael Hussey as part of an experiement by Kookaburra but it did not last.

The durability of the bat was a huge concern in the early 1900s but that is no longer pondered about. Cricketers carry around a lot of bats and are believed to use more than 10 bats a season. Herschelle Gibbs once revealed that he went through 47 bats in one season (Source: The Guardian), although that is quite rare.

The amount of time the wood is pressed contributes to the efficiency of bats. The more it is pressed, the less efficient the bat is although it becomes more durable. Modern bats aren't pressed much at the demands of cricketers and as such it is less durable but superlatively effective. 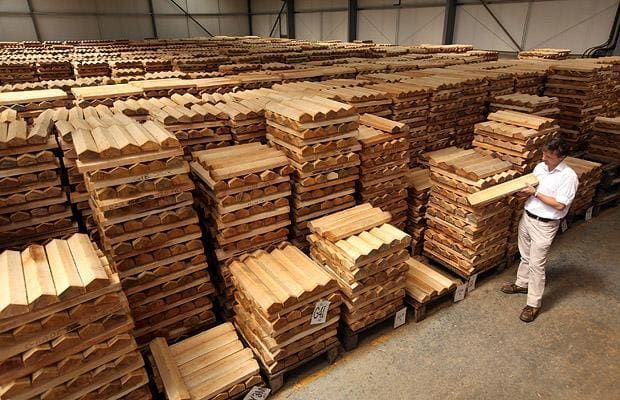 All in all, this has contributed to enormous bats in the 21st century largely tilting the balance in favour of batsmen.

he MCC has rightfully intervened to restrict bat sizes which will be effective from October 1 this year.

“The time has come to restrict the size of bat edges and the overall width [depth] of bats," Mike Brearley, chairman of the MCC, had said as revealed by ESPNCricinfo. "It was pointed out to us that, in 1905, the width of bats was 16mm and that, by 1980, it had increased to 18mm. It is now an average, in professional cricket, of 35-40mm and sometimes up to 60mm. That shows how fast the change has been."

As the limitations take effect, we would probably get to know the kind of impact these humongous bats have made in the past decade or so.

More in this category: « NZ owned Best Top Industrial a well-established composites manufacturer appoint new CEO to EDCO New Zealand Golf and the University of Auckland team up for business course »
back to top
May 24, 2018