Close the Loop on Automation and Drop the Mic! 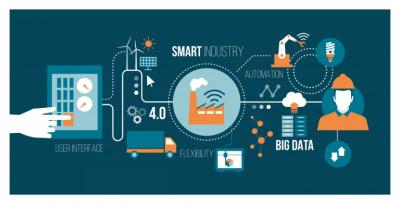 Nov 30, 2017  - It’s encouraging to see an increasing level of automation application and acceptance among manufacturers of all sizes, from small subcontract shops to large OEMs. Competitive pressures, demands from customers, the skills gap, Industry 4.0 and more are among the drivers of this phenomena. Like all evolutions in manufacturing protocols and best practices, there are pauses and plateaus along the path towards optimal efficiency. Sometimes it’s waiting for one aspect of the overall system to catch up with another.

For example a cutting tool advancement can spur a subsequent new capability in CNC programming software. At times two technology advancements may be developed concurrently. Then a period of increased productivity might be followed by several years of the new status quo until the inspiration for the next innovation sparks and becomes a viable solution.

I’m sensing that we in manufacturing are in the midst of rising off of a plateau. For about 25 years now, we’ve embraced and configured our shops and factories into the cellular approach to part production. Pallet changers and work handling robots are fairly common at this point. Still, many of the secondary operations such as deburring and part washing are conducted outside of the cell, sometimes in another part of the shop altogether. Companies markedly ahead of the trend or with significant resources may have incorporated these kinds of functions into their cells within the last five to 10 years. But now, even many smaller shops are adding them, or at the very least inquiring about how to integrate all the secondary operations into a single cell and fully complete a process within it. That’s a positive turn. Yet there’s still more that can be done.

With the advent of shop-floor CMMs, probing and other metrology tools, the automation loop is closing even further for automation adopters. Particularly with the CMM in the configuration, dimensional workpiece data can be fed back to the machine tool control while the part is being cut. Should the data ping that the part is trending towards an out-of-tolerance condition, the signal is sent to the machine tool control, which makes the correct toolpath offset on the fly. Likewise, cutting tool life can be monitored and cutting parameters can be modified automatically in a similar fashion, accommodating the change in the edge or insert condition. When part deburring and washing are integrated into the cell, and fully automated, the part may, on occaston, go back into the machine tool if it makes sense in the process or part design to perform certain operations after a round of deburring.

Many shop owners and operators are concerned about the level of difficulty to bring more automation into their workspace. Is it hard to figure all this out? It can be a challenge, however that’s where your automation provider partner can help break down the goal into manageable tasks and possibly accomplish it in phases with a modular, scalable system. The software that ties it all together is open and scalable, too, and I’ve written about the software aspects in previous columns in Manufacturing Engineering.

Flexibility is the way to go, so that the investment evolves as needs change and unfold. Automating a manufacturing process is similar to other job functions at a company—matching pieces of information, gathering the tools required to do the job, and connecting all the dots. It’s more tedious than difficult, but once the system is fully functioning and the company is enjoying the benefits of improved part accuracy, optimal spindle uptime, and smart labor allocation it’s worth the initial effort. Evolving from there, with a smart initial plan, gets easier.

The time is now to go beyond the pallet changer-based cell. Keep adding functionality to it along with feedback data and automatic offset capability. Close that loop and, as the kids would say, drop the mic, because while you may not be finished with your factory automation goals, you will enjoy many advantages at this stage.

More in this category: « Huawei’s cautious opening of the factory doors Timber Supplier Trading Goes Digital »
back to top
Sep 03, 2018