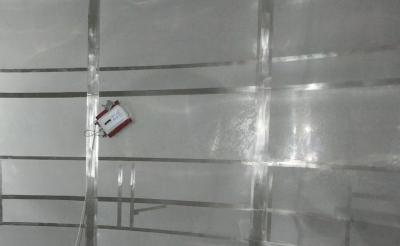 Jan 30, 2018  -  The latest investment offering for inspection industry disruptor Invert Robotics has closed after attracting considerable interest from a number of high net worth and institutional investors from across Australia and New Zealand.

Invert Robotics provides non-destructive inspection services using state of the art mobile climbing robots. Invert Robotics’ climbing robots enable precise and accurate remote inspection of non-ferromagnetic surfaces such as stainless steel, carbon fibre, aluminium and glass. Invert Robotics’s patented robots are installed with high definition cameras and sensor technology to allow for equipment to be assessed for maintenance and for preventative analysis on a remote basis. Inspectors are fed real-time video during the inspection that allows for immediate and highly accurate analysis.

The device is already being used by the major Australian and New Zealand dairy companies and co-operatives such as Fonterra, Synlait and Murray Goldburn, as well as a number of global food and beverage brands. It is also attracting interest across other sectors and throughout the food and beverage manufacturing industry in Europe and Asia such as FrieslandCampina and Heineken.

The Company has also captured the attention of those working in the lucrative aviation inspection market and is poised to make a European partnership announcement soon regarding its successful development of further advanced robot technology. The company is also looking at potential opportunities in the chemical industry, in addition to further work with energy, oil and gas companies.

These investments add to the considerable funding received from government and private venture capital sources soon after the company was founded by its now Chief Technical Officer, James Robertson.

Since 2015/2016, Invert Robotics has experienced exponential growth; for the 2018/19 Financial Year, its revenue is expected to further quadruple, with significant contributions from European operations.

“Unlike other inspection methods using dyes, drones and optical or laser devices, Invert Robotics’s technology provides 360-degree diagnostics and does so in up to half the time of traditional inspections”, said Invert Robotics’ Managing Director Neil Fletcher.

“The accuracy, efficiency and the value-adding environmental and safety benefits of robotic technology makes it an obvious choice as global consumer demand for product safety, brand integrity and transparency grows,” Fletcher said.

Given the company’s rapid growth, in addition to its Australasian base in Christchurch, Invert Robotics have opened an office in the Netherlands and is poised to open premises to operate in Germany and Denmark.

More in this category: « Fuji Xerox and 3D Systems unveils the future of enterprise production Three wearables for your factory »
back to top
Jul 20, 2018