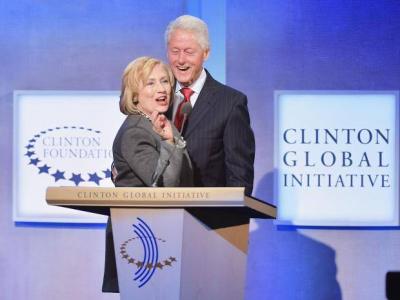 Over 5,000 taxpayers have signed the New Zealand Taxpayers’ Union’s petition to end taxpayer funding for the Clinton Health Access Initiative, a subsidiary of the Clinton Foundation. In addition, 1,231 people have personally written to Minister of Foreign Affairs Winston Peters urging him to redirect the funding to a better cause. Taxpayers’ Union Executive Director Jordan Williams says, “The public response on this issue has been overwhelming, with 5,300 signatures collected over the last few days.” “The message from the public is clear: there are higher priorities for spending taxpayer dollars, and MFAT shouldn’t be using the aid budget to impress foreign politicians."

"It’s time New Zealand followed Australia’s lead and cut funding for Clinton Health Access Initiative.” “This funding is especially foolish considering the Clinton Foundation is under investigation by the FBI for receiving money from foreign governments during Hillary Clinton’s tenure as US Secretary of State.” “We had hoped that Winston Peters would put an end to these taxpayer-funded contributions – especially since his government has declared funding deficits in health and education at home in New Zealand. Our supporters are hoping Mr Peters puts an end to this nonsense." The Taxpayers’ Union will deliver the petition and messages to the office of Rt Hon Winston Peters next week.