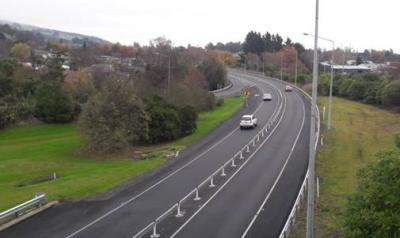 A $5.4 million project to make State Highway 1 between Dunedin and Mosgiel safer is almost complete, says the NZ Transport Agency.

Safety barriers have been installed down the side of the highway to help prevent run-off road crashes, the median barrier has been extended to help stop head-on crashes, and changes have been made to the SH1/SH87 roundabout at Kinmont to make it easier for over-dimension trucks to manoeuvre.Transport Agency System Manager Graeme Hall says the new safety measures will make a real difference for everyone who uses the road. image003.jpg“Two people died and 34 were seriously injured on this section of highway in the 10 years from 2006 to 2015. Nearly 90 per cent of these crashes involved a vehicle hitting a roadside hazard such as a tree, fence or ditch,” Mr Hall says.“The changes we have made will help prevent these types of crashes occurring in the future.”The project team has packed up for the winter and will return in late 2018, when the weather is warmer, to install high performance road markings along the route, completing the project.“We would like to thank everyone for their patience and understanding as we worked to make this stretch of road safer,” Mr Hall says.The government is investing $600m over six years targeting the prevention of deaths and serious injuries on high-risk rural state highways, including SH1 between Dunedin and Mosgiel. More information can be found at: www.nzta.govt.nz/safe-roads/