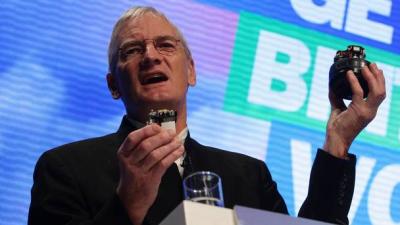 Vacuum and electronics giant Dyson is expanding its pool of software engineers, with the "majority" of its recruits set to work in the UK.

The company is on the hunt for 110 new staff as part of plans to hire an additional 3,000 engineers globally by 2021.

A Dyson spokesman confirmed the "majority" of the 110 positions will be based in Britain at its Malmesbury campus in Wiltshire and the Dyson software hub in Bristol.

Others will be recruited to Dyson's operations in Singapore, the spokesman said.

To help in its hiring spree, the company is launching a "pop-up" in London where participants will have to solve "cryptic software-based challenges" in teams to help test applicants' problem-solving skills.

The top challengers will then be offered job interviews with Dyson.

Sir James is expected to pour £15 million into the Dyson Institute of Technology - which will be based at Dyson's campus in Wiltshire - as he looks to double his engineering workforce to 6,000 over the next five years.

He told the Press Association in November that the private sector had a duty to help plug the engineering skills gap because the UK needed 10 times as many engineers as it did 10 years ago.

Sir James said that the idea of launching the university came after he visited the Government to "moan about the lack of engineers". He was advised to take matters into his own hands.

More in this category: « Prime Minister’s Scholarship for Asia announced $270k to inspire young women into tech sector careers »
back to top