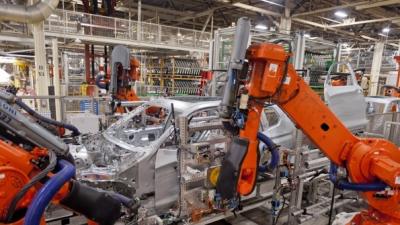 Donald Trump has been crowing as companies including Ford Motor Co. (IW 500/4) renounce plans to move factories to Mexico. But the main beneficiaries of this shift back to the U.S. aren't saying much by way of celebration -- industrial robots don't tend to speak.

While globalization's detractors blame countries such as China and Mexico for stealing the factory jobs of the West, experts point to less obvious culprits which are harder to scapegoat and to overcome in an interconnected economy with complex supply chains.

Since U.S. manufacturing employment peaked in the late 1970s, according to Michael Hicks of the Center for Business and Economic Research at Ball State University in Indiana, "95% of job losses were due to productivity improvements including automation and computer technology, rather than trade."

Indiana is one of the rust-belt states where Trump triumphed in November, and the president-elect has promised a punitive border tax against outsourcing companies as he bids to become "the greatest jobs producer that God ever created."     >  >  >  Continue to read full article on Industry Week   |

More in this category: « Playing Ping-Pong with Omron uArm Swift home robot designed not to cost an arm and a leg »
back to top