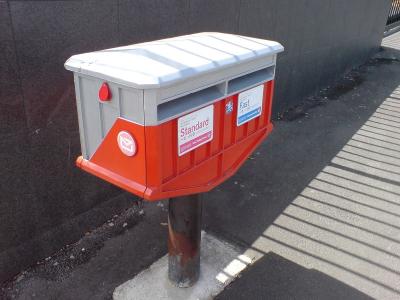 New Zealand Post this last week signed an agreement with the Henan Bonded Logistics Centre (HNBLC) and Trademonster that will simplify access for New Zealand companies to one of world’s largest consumer markets.

The signing, at New Zealand Post’s Auckland Operations Centre on Wednesday, was attended by senior representatives of the People’s Government of Henan Province, including Chen Run’er, the Governor of the Province.

HNBLC processes more than 90 million domestic parcels in China, and more than half of all cross border ecommerce trade. Trademonster has a strategic alliance with NZ Post and has strong relationships with the major ecommerce platforms in China, which is key for New Zealand SME businesses looking to enter China.

NZ Post chief executive Brian Roche said the agreement is testament to the trust and loyalty that has been developed between the New Zealand Government and the Henan Government.

“Chief Executive of Henan Imported Materials Public Bonded Center Group Co Ltd Madam Xu Ping brought her senior team to New Zealand to meet with our heads of business and to consolidate the business trading lanes that are now actively open between our two countries.

“This provides New Zealand traders with simplified access to one of the largest consumer markets in the world.”

Dene Green, General Manager of NZ Post International, said the Trademonster relationship, which is headed by Managing Director Gavin Yang, is one of the most exciting and supportive cross-border agreements NZ Post has ever had.

“NZ post carried more than 7 million items between New Zealand and China last year. Supported by strong relationships such as these, this is forecast to grow by up to 15% over the next 12-18 months as more Kiwis shop online and more Kiwi companies grow their ecommerce capability and sell into overseas markets.”