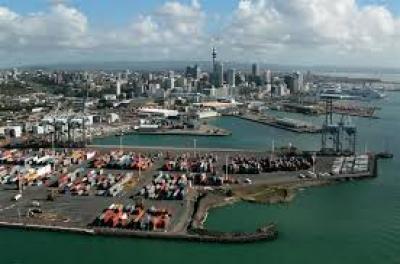 Ports of Auckland has bought out its joint venture partner in the Nexus Logistics entity set up just two-and-a-half years ago to provide logistics and distribution services around the country.

The Auckland Council-owned port operator today acquired the 50 percent stake in Nexus owned by the privately held transport and logistics firm Netlogix, it said in a statement. The company didn't disclose the price but the port valued its 50 percent share at $2.6 million as at June 30, 2016, and had extended a $2.7 million loan to the joint venture at the time. The acquisition brings the port operator's Wiri inland port manager Conlinxx back under its control, having poured the division into the joint venture when it was set up.

"We are grateful to Netlogix for working alongside us as we have developed our capability in this area," general manager supply chain Reinhold Goeschl said. "We are now at a point where we can take Nexus forward on our own while continuing to work in partnership with Netlogix to serve our existing joint customers and develop future opportunities."

Ports of Auckland's share of profits from the joint venture was $1.2 million in the 2016 financial year, down from $2 million a year earlier. It received $2.1 million in dividends that year but also recognised a $2.6 million impairment charge on the investment.

Netlogix chief executive Chin Abeywickrama said the sale lets both parties "accelerate the investment and growth in their targeted supply chain strategies" and they will keep working together in a "strategic alliance".