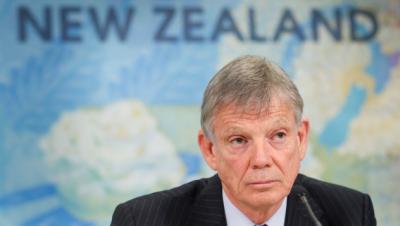 Headline inflation has increased over the past year in several countries, but moderated recently with the fall in energy prices. Core inflation and long-term bond yields remain low. Monetary policy is expected to remain stimulatory in the advanced economies, but less so going forward.

The trade-weighted exchange rate has increased by around 3 percent since May, partly in response to higher export prices. A lower New Zealand dollar would help rebalance the growth outlook towards the tradables sector.

House price inflation has moderated further, especially in Auckland. The slowdown in house price inflation partly reflects loan-to-value ratio restrictions, and tighter lending conditions. This moderation is projected to continue, although there is a risk of resurgence given the on-going imbalance between supply and demand.

Monetary policy will remain accommodative for a considerable period. Numerous uncertainties remain and policy may need to adjust accordingly.