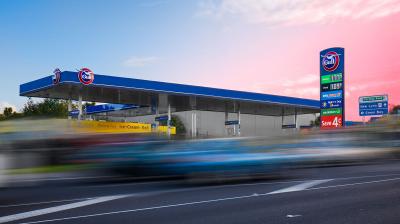 Gull NZ will continue business as usual despite Caltex’s acquisition.

Australian fuel retailer Caltex is all set to take over New Zealand fuel retail chain Gull, as part of its plans to expand its retail business.

The deal, worth $325 million, is now expected to be completed by July 3, after it received regulatory approval from the New Zealand Overseas Investment Office.

Under the terms of an agreement entered into in December 2016, the transaction will result in Caltex acquiring Gull’s Mount Maunganui import fuel terminal and retail operating assets.

According to Caltex, the acquisition will optimise its infrastructure position, build trading and shipping capability, grow the supply base and enhance the company’s retail fuel offering through low risk entry into a new market.

As part of the agreed terms of the transaction, Caltex will retain Gull’s brand, management and employees across the current newtwork of 78 Gull stores, and the six currently under construction.

A spokesperson for Gull said the company would be running business as usual, without changes or interruption to service.

Gull sells around 300ML of petrol and diesel fuels per year, representing five per cent of the New Zealand market.

The $95 million Milemaker deal was finalised in May, with Caltex entering into long-term leases with an opt-out to 30 years.

Caltex chief executive Julian Segal said the Milemaker and Gull acquisitions were part of the company’s plan to mitigate the impact of losing its 13-year alliance with Woolworths, incurred after BP struck a $1.79 billion deal with the supermarket giant.

Mr Segal said the purchases would help transform Caltex from simply being a transport fuels provider, to grow into a larger convenience retail offering.

More in this category: « A Kiwi startup with great intentions How Palmerston North wants to attract millennials »
back to top