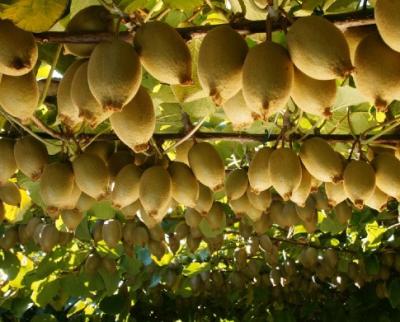 It was an all-New Zealand affair in Orange County, California today as Zespri officially opened its regional office to manage growing sales across Northern, Central and Southern America.

Zespri Chief Executive Lain Jager says Zespri is growing strongly across North America with most of this growth coming from the new gold variety Zespri SunGold Kiwifruit, which is proving hugely popular.

“The New Zealand kiwifruit industry is on track to more than double sales to $4.5 billion by 2025 and an important part of this growth will come from developing markets like North America, as well growing sales in our more established markets. Zespri is relaunching the kiwifruit category in the United States and the wider Americas region to attract new consumers and grow sales,” says Mr Jager.

Kiwifruit in the US is an underdeveloped category at number 21 in the overall fruit bowl compared to ranking in the top 10 for most European and Asian countries. However sales of all kiwifruit in the US – Zespri and other brands – are growing well above general fruit sales.

Zespri SunGold sales volumes in North America have grown over 100 percent over the past two years and are projected to hit nearly US$50 million in 2018/19, as consumers respond to the delicious tropical sweet flavour. At present, around 40 percent of SunGold sales are through Asian-American retail outlets, as these communities are more familiar with Zespri Kiwifruit. However the new variety appeals to mainstream American consumers too, with exciting growth through mainstream customers.

Mr Jager explains that retailers’ needs are changing and Zespri is working with distributors to meet those needs. “By appointing market development managers, we’ve been able to work with key retailers to build meaningful programmes to expand our distribution across the country and returned more value to our retail partners and New Zealand growers,” says Mr Jager.

Zespri is increasing its marketing investment to introduce more people to the great taste of Zespri Kiwifruit with an integrated PR, digital and social media campaign which includes in-store geotargeted mobile advertising, along with new eye-catching retail packaging.

Mr Jager explains Zespri is growing its offshore presence to deliver increased sales around the world, officially opening an office in Dubai earlier this year to service the regions of the Middle East, India and Africa. “More than half of our 450+ staff are based offshore now, with offices in 21 countries delivering sales and marketing programmes in 59 countries around the world this season,” says Mr Jager.

A Maori cultural delegation officially opened the new office at an event with senior Zespri executives, Ambassador Tim Groser and Mayor of Newport Beach Kevin Muldoon, with karakia/prayers and waiata/songs to bless the new whakairo/carving commissioned for the office. Carver James Tapiata has made several other carvings for Zespri offices in New Zealand and around the world and he created this work Te Puawaitanga (The Flowering) for the new office. Around 10 people will be based in the office.