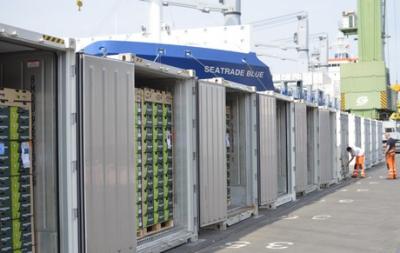 "Double the amount of pallets fit onto a container ship" writes Nele Moorthamers Marketing Manager Europe ZESPRI International ( Europe) NV for FreshPlaza. A few months ago Seatrade introduced a new line from New Zealand. "Our kiwis now go to Belgium with the Seatrade Blue," says Nele Moorthamers of Zespri Europe. "This container ship goes to Zeebrugge via Peru and the US, arriving at the BNFW terminal, where the kiwis are unloaded. It will be a set line that will arrive at Zeebrugge every 10 days. The first ship from the new line arrived on August 28. Around 40% of the shipment is SunGold and the rest is Green and Organic kiwi fruit." 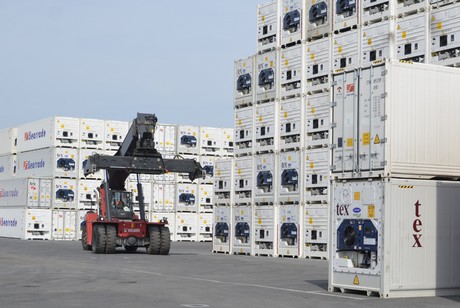 ContainersIt's the first time that Zespri has transported its kiwis in 40 foot containers. "

In the past the kiwis arrived in Zeebrugge in reefer ships, where the entire deck was filled with pallets of kiwi fruit. The line Color Carrier, uses cooled container ships. Every container has around 20 pallets of kiwis and are individually cooled. It mainly has an impact on loading and unloading the ships," she explains. 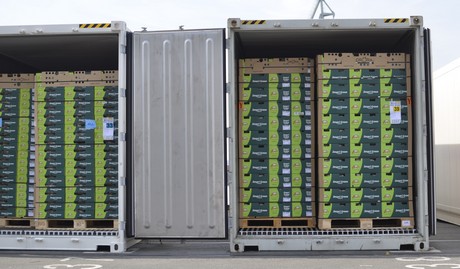 Double the volume"The container ship has a much larger capacity. In the past we received around 5,000 pallets through a reefer ship and there are 10,060 pallets on the ship that arrived on Monday. That's more than double. The transit time is now a few days longer than with the reefer ships, as this line has extra stops."

Nele says that the season has been satisfactory so far. "We still have around six weeks of sales for New Zealand SunGold, before we seamlessly move to European SunGold. The season for Green is more difficult, as the demand is large and the supply on the market is quite limited."

More in this category: « NZ eager to strengthen ties with Sarawak Sistema joins Secure Export Scheme »
back to top