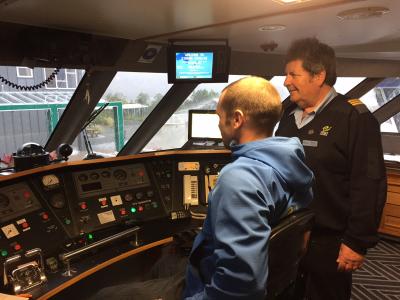 7 Nov  -  The latest New Zealand Diversity Survey revealed that 61 per cent of organisations are perceived to value the most senior members of their staff, and a third offer flexible or reduced hours and the opportunity to be a mentor to their aging workers.

The survey is conducted twice a year by Diversity Works New Zealand and Chief Executive Bev Cassidy-Mackenzie says it’s also encouraging to see that the number of organisations with no specific strategy for engaging with aging workers dropped from more than 70 per cent a year ago to just 32 per cent last month.

Government figures predict that by 2020, a quarter of the New Zealand workforce will be aged 55 or older, and these wisdom workers can offer a solution to the skills and labour shortage many industry sectors are facing. Businesses need to capitalise on the experience and loyalty they bring to the workforce and the New Zealand economy,” she says.

However, only a quarter of organisations surveyed have a formal policy or initiative in place to deal with the issue of an aging workforce, something Cassidy-Mackenzie expects to change within the next 12 months.

“We saw some great initiatives to maximise the benefits of older workers at the 2017 Diversity Awards NZ™ – the supreme winner, tourism operator Real Journeys, has introduced a scheme that uses its experienced skippers nearing retirement to train younger workers, creating new career opportunities for staff at both ends of the age spectrum.”

Michael Barnett, a director of the New Zealand Chambers of Commerce, agrees.

“Hoping that an ageing workforce will be someone else’s problem is not a strategy. The survey clearly shows that older workers are valued and depended on and that we should have a plan to retain and re-educate if we are to keep them as a resource,” he says.

Smaller businesses might consider a strategy that engages older workers who are loyal and will bring knowledge and stability to their work places, he says.

The NZ Diversity Survey, which was initiated in 2013 to create a better understanding of the key diversity challenges facing New Zealand organisations, is carried out twice a year by Diversity Works New Zealand, in partnership with the New Zealand Chambers of Commerce and supported by Massey University.

More in this category: « Vector Comes On-Board as Accredited Living Wage Employer Appetite for Green Investment Grows »
back to top