NEM blockchain sets up in NZ 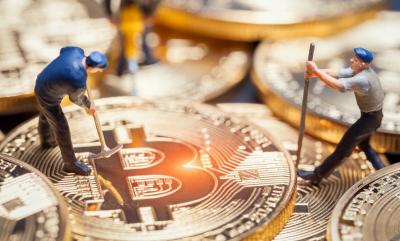 Dec 11, 2017  -  The NEM.io Foundation, the organisation behind the NEM blockchain technology, is setting up shop in New Zealand as part of what it says is $US40 million global expansion plan, and has been in New Zealand promoting a $US90 million ($130m) global development fund that it says will help kick start local blockchain companies.

The NEM.io Foundation is a Singapore based not-for-profit organisation whose purpose is “to introduce, educate, and promote the use of the NEM blockchain technology platform on an international scale to all industries and institutions.”

A NEM.io Foundation team, led by Jason Lee, global director, partnerships and strategic alliances is hosting a series of introductory events in Auckland, Wellington and Tauranga throughout December. The team also presented at the Blockchain Summit Auckland 2017.

A spokesman said that, in addition, the NEM.io Fondation team had been engaging with the Blockchain Association of New Zealand, universities and various blockchain companies and startups interested in the building on the NEM blockchain via the global development fund.

Lee said all applicants for funding had to be active members of the NEM community, but that this meant, “simply getting involved in conversations on our online forums.”

However, “If you are new to the community, you must have an endorser whom you think will be able to help you quality and contribute to your blockchain project,” he said.

The Foundation’s New Zealand initiative follows the opening of a NEM Blockchain centre in Kuala Lumpur as a joint initiative with the Australia-based Blockchain Centre (a not-for-profit sponsored by Blockchain Global and IBM). It says the centre will be a knowledge and innovation hub that will serve as an accelerator, incubator and co-working space.

The foundation claims to have a unique implementation of blockchain technology. “NEM is built from scratch as a powerful and streamlined platform for application developers of all kinds, not just as a digital currency,” it claims.

“Using NEM in your application is as simple as making RESTful JSON API calls allowing you to configure your own ‘Smart Assets’ and make use of NEM’s powerful blockchain platform as your fast, secure and scalable.

“Configured for your use, NEM is suitable for an amazing variety of solution classes, such as direct public transactions via streamlined smartphone app, efficient cloud services that connect client or web applications, or a high-performance permissioned enterprise back-end for business-critical record keeping.”

A technical whitepaper on NEM is available here.