Time for Napier to say – what next? 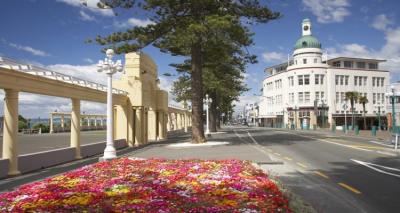 The Say It Napier! website, used with great success for the first time in mid-2017 to encourage Napier residents to submit ideas for consideration as part of the LTP process, is the portal by which Council hopes most submitters will make their formal submissions.

Along with the call for submissions is a call for the community to come along to one or more of a range of events happening over the consultation period. Napier Mayor Bill Dalton and the councillors will be out and about in local shopping centres, and at two “community chats”. These will be held at the National Aquarium of New Zealand on 7 May, and Greenmeadows East Community Hall on 9 May.

Water is a key focus of this year’s LTP, says Mayor Dalton, with four of Council’s five major proposed projects involving water. “Drinking water safety is a priority for us, so we will be following the recommendations of the Havelock North Drinking Water Inquiry: Stage 2 Report and direction from the Ministry of Health, and will be continuing with chlorination. However, we know some people don’t agree with this, so one of the questions we’re asking is whether Napier needs de-chlorinated, or filtered water stations.”

The Consultation Document also asks for feedback on the Napier Aquatic Centre Development, proposed projects within the Ahuriri Master Plan, the National Aquarium of New Zealand Expansion Project, and whether Council should sell non-strategic leasehold land.

“We also want to know whether we have the balance right between what we spend on essential services and infrastructure such as roads, and the things that make Napier a great place to live, including, outstanding parks and being welcoming to business.”

Council expects to spend more than $540m over the next 10 years on capital works, and a rates rise is required to help meet these needs.

The rates rise in the first year of this LTP has been set at 5.6 percent, but many of the city’s commercial ratepayers are likely to see a decrease as a result of the shift in the differential, which is a split between the residents that benefit from our services and the commercial ratepayer.

“We hope this provides further encouragement to our commercial industries to continue to grow and develop great businesses here,” says Mayor Dalton.

Napier’s rates are still one of the lowest in the country, he adds, and says it is worth noting that the city carries no external debt at the start of this LTP.

Submissions open this Friday, 13 April, and close at noon on Monday 14 May. Submissions will be heard by Council in June, with the final LTP to be adopted later that month.

More in this category: « Hawke’s Bay ratepayers disregarded with 19% rate hike Launch of bold, ambitious roadmap for Taranaki’s economy »
back to top