Global engineering and advisory firm Aurecon, will be recruiting approximately 30 graduates around the country[1] in 2017, as part of its annual graduate recruitment programme.

With the release of the latest instalment of the Government’s Ten Year Capital Intentions Plan (CIP) in 2016, the Government is showing its commitment to a pipeline of $100.9 billion worth of infrastructure projects over the next decade in New Zealand.

Aurecon’s New Zealand Regional Director, Carl Devereux, said, “While the majority of the investment over the past few years has been in road infrastructure and the restoration of key services in earthquake affected areas such as Canterbury and Kaikoura, there has also been good investment in major infrastructure projects such as the Auckland City Rail Link.”

“In addition, New Zealand has seen continued economic growth, which bodes well for those working in the engineering industry.”

Aurecon is looking for new staff to support a range of infrastructure projects, including the Auckland City Rail Link, a series of dairy plant projects for Fonterra, and the Northland Bridges project. 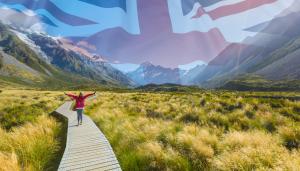 The boom years ahead are being driven by both the public and private sectors, with the New Zealand Government alone earmarking $NZ50 billion for large-scale infrastructure projects over the next 10 years. In a similar vein, the New South Wales Government has announced a $AUS20 billion plan to “turbocharge” the NSW economy.

T+T intends to stay ahead of the game and our new recruitment-focused website is already up and running at www.tonkintaylor.co.nz/careers/working-in-new-zealand

Next month our executives and recruiters head for London and the Down Under Live Job Expo, which will take place on February 25-26. Their mission is to attract star-quality engineering and science professionals to join our already exceptionally talented and internationally diverse team.

Our award-winning engineers, scientists, planners and project managers are the most critical component in ensuring our ability to continue delivering the high quality work T+T is known for. It’s vital that we attract the best of the best.

Richard Hancy, T+T’s Executive Leader of Engineering Services says that a strong economy, combined with a very positive economic outlook, has developed the perfect investment storm with both the public and private sectors investing heavily for the future.

“As a result, planning and construction related activity in transportation, commercial buildings, water infrastructure, housing and many other sectors is getting busier and busier.

“As a specialist engineering and environmental consulting firm, Tonkin + Taylor is already deeply embedded in these investment programmes, and expects that involvement to increase looking forward.”

The move aligns Tonkin + Taylor with the New Zealand Government’s long-term goal of providing resilient and coordinated infrastructure that contributes to a strong economy and high living standards. Its projected $NZ50 billion spend over the next decade includes a $NZ13.9 billion land transport programme to be commissioned by 2018, a $1.8 billion investment in local infrastructure and a further $NZ2.2 billion tagged for Crown assets associated with the Christchurch rebuild.

Further challenges and opportunities will arise as networks need expanding or renewing and cities come to grips with an ageing, increasingly urbanised population and the need for changing technologies.

To meet the increasing level of demand requires an increase in T+T’s capacity and capabilities.

Richard Hancy explains: “Now is the time for us to look beyond our traditional local markets and seek to enrich our team drawing upon the global market.

“T+T has had many successful recruits join from the UK over the years, and as a result has some great connections within the UK engineering and environmental markets. We have decided to take advantage of this, and proactively engage with the UK market to hopefully attract some new stars into our business.”

Sourcing overseas talent will not only help to address a critical shortage of engineers and scientists within New Zealand and Australia but also allow T+T to maintain a critical international perspective in a rapidly changing world.

Workplace Relations and Safety Minister Michael Woodhouse is pleased to announce the appointment of Jenni-Maree Trotman as a new Member of the Employment Relations Authority (the Authority).

“Ms Trotman is an experienced employment lawyer who will join the Auckland office for a term of three years,” says Mr Woodhouse.

“The breadth of Ms Trotman’s work and particular strength in commercial law will be a real asset to the Authority.

“I have no doubt that her skills will complement those of the current members and I wish her all the best in her new role.”

Jenni-Maree Trotman has been a Barrister Sole since October 2005 and in legal practice for nearly 18 years. As a barrister, she specialises in employment law, litigation and building disputes. She holds an LLB and a BA from the University of Auckland.

The minimum wage will increase by 50 cents to $15.75 an hour on 1 April 2017, Workplace Relations and Safety Minister Michael Woodhouse announced today.

The starting-out and training hourly minimum wage rates will increase from $12.20 to $12.60 per hour, remaining at 80 per cent of the adult minimum wage.

“The Government is committed to striking the right balance between protecting our lowest paid workers and ensuring jobs are not lost,” says Mr Woodhouse.

“An increase to $15.75 will benefit approximately 119,500 workers and will increase wages throughout the economy by $65 million per year.

“At a time when annual inflation is 0.4 per cent, a 3.3 per cent increase to the minimum wage will give our lowest paid workers more money in their pockets, without hindering job growth or imposing undue pressure on businesses.

“Annual increases to the minimum wage since 2009 reflect this Government’s commitment to growing the economy, boosting incomes and supporting job growth throughout New Zealand.”

Samantha Hurley, operations director at the Association of Professional Staffing Companies (APSCo), welcomed the PM's commitment to continuing to attracting the “brightest and the best” from across the globe to work or study in Britain.

“All the countries interested in negotiating trade agreements with the UK – Singapore, Australia, New Zealand and the US – are locations where APSCo is active. We have offices in the first two, are planning to open an office in New Zealand this year and are leading a trade delegation to the US in February. The professional recruitment sector is open for business,” she added. 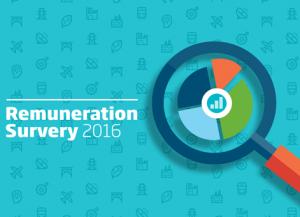 Engineers take home an average of nearly $100,000 a year and their salaries are growing strongly, according to the annual IPENZ Remuneration Survey.

Engineers’ median base salary grew by 6.3 per cent in the year to October 2016. According to Statistics New Zealand, average wage inflation in the year to June 2016 was 1.5 per cent.

The survey reveals that in the very first year of their career, engineers earn an average of $55,000 plus another $2000 in cash benefits.

“New Zealand desperately needs more engineers. With huge growth and expanding range of opportunities, it’s an exciting time to be an engineer.

“Engineering affects all New Zealanders. As well as being financially rewarding, an engineering career means you can make a positive, tangible difference to our society.

“Engineers are driven by the desire to make the world better. Engineering is at the heart of every major technological and societal breakthrough – from smart phones to greener transport to robotic surgery. Engineering is all about making our lives better, easier and healthier.

“We’re also seeing enormous growth at the intersection of engineering with big data. The ‘internet of things’ connects objects and devices and will radically change how we work and live.”

More than 3200 IPENZ members completed the IPENZ 2016 Remuneration Survey, which was sponsored by RobLawMax Recruitment.

Just over 65 per cent of engineers surveyed also received non-cash benefits. The most common benefit was health insurance (32 per cent), followed by a car park (19 per cent ) and a car (18 per cent).

According to the survey, more engineers live in Auckland than anywhere else, with 38 per cent based there. Canterbury is the next biggest engineering centre, with nearly twice as many engineers as Wellington. 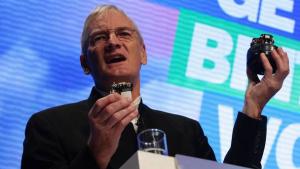 Vacuum and electronics giant Dyson is expanding its pool of software engineers, with the "majority" of its recruits set to work in the UK.

The company is on the hunt for 110 new staff as part of plans to hire an additional 3,000 engineers globally by 2021.

A Dyson spokesman confirmed the "majority" of the 110 positions will be based in Britain at its Malmesbury campus in Wiltshire and the Dyson software hub in Bristol.

Others will be recruited to Dyson's operations in Singapore, the spokesman said.

To help in its hiring spree, the company is launching a "pop-up" in London where participants will have to solve "cryptic software-based challenges" in teams to help test applicants' problem-solving skills.

The top challengers will then be offered job interviews with Dyson.

Sir James is expected to pour £15 million into the Dyson Institute of Technology - which will be based at Dyson's campus in Wiltshire - as he looks to double his engineering workforce to 6,000 over the next five years.

He told the Press Association in November that the private sector had a duty to help plug the engineering skills gap because the UK needed 10 times as many engineers as it did 10 years ago.

Sir James said that the idea of launching the university came after he visited the Government to "moan about the lack of engineers". He was advised to take matters into his own hands.