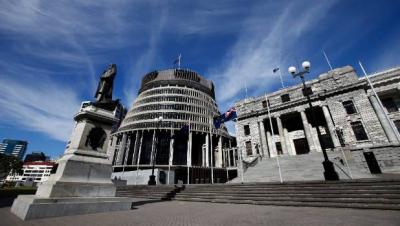 The New Zealand Government has achieved its third fiscal surplus in a row with the Crown accounts for the year ended 30 June 2017 showing an OBEGAL surplus of $4.1 billion, $2.2 billion stronger than last year, Finance Minister Steven Joyce says.

“The 2016/17 Crown accounts are a direct demonstration of the hard work of New Zealanders since the Global Financial Crisis and the benefit of a strong economic plan that is delivering consistent growth,” Mr Joyce says.

Core Crown tax revenue was $75.6 billion for the 2016/17 year, up 7.4 per cent from the previous year with all major tax types increasing.

The final OBEGAL result for the year is $363 million better than predicted by Treasury at the time of the Pre-election Fiscal Update, largely due to core Crown expenditure being $502 million less than forecast.

“This better result should be seen as a one-off. Treasury advises that much of this expenditure reduction reflects timing differences and is likely to reverse out in the years ahead,” Mr Joyce says.

The country’s net debt has reduced in nominal terms by $2.4 billion from last year, to $59.5 billion. Net debt has dropped to 22.2 per cent of GDP.

“This is the first time net debt has reduced in actual dollar terms since the GFC and the Christchurch earthquakes,” Mr Joyce says. “It’s a significant milestone in the country’s economic recovery from those twin shocks.”

Mr Joyce says that the 2016/17 full year result should be interpreted with caution, and not seen as automatically flowing through into higher surpluses than forecast in the years ahead.

“Treasury has based its forecasts on current economic settings and some reasonably solid growth predictions for the years ahead. A number of commentators have noted a softening of growth indicators in recent days.

“The Government’s future surpluses will be needed to meet the cost of the significant investments we have committed to as part of the next four Budgets including the Government’s $32.5 billion infrastructure programme.

“We also need to keep reducing debt over time to prepare for the next rainy day event.”

More in this category: « NZ economy and financial system sound The First FinTech To Go Global – The PayPal Story »
back to top
Jun 07, 2018

Ministry of Awesome and Ara to create awesome new hub