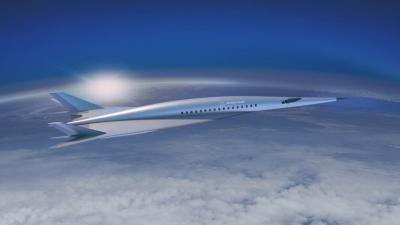 The American aerospace company showed a rendering of what the plane could look like at the American Institute of Aeronautics and Astronautics conference in Atlanta this week.

Boeing said the design was based on current research by company engineers, who are looking at passenger travel as one of many possible applications for the hypersonic technology they are developing.

Plane would fly at Mach 5

The technology would mean flying at Mach 5 (around 3,836 miles per hour). That's much faster than the supersonic travel achieved by the Concorde, which flew at Mach 2. The speed of sound is Mach 1.

More in this category: « Emirates will be operating a one-off A380 service to Muscat International Airport on July 1. Air New Zealand serves up the impossible »
back to top
May 31, 2018

Another first for the Christchurch-Guangzhou China Southern Airlines service