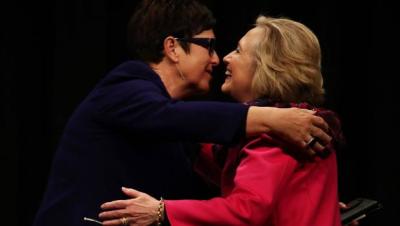 National Party strategists, the ones both inside and outside parliament, are coming to the conclusion that the party will have to seed, ignite, a new political party for coalition purposes and which will radiate three essential characteristics.

First and foremost the new satellite party must emit a powerful moral signal.

Thirdly this new party and however zany its policies and/or utterances must be seen to be capable of successfully managing the economy.

Who are the existing groupings, the enterprise-leaning candidates, that the National Party could use as the basis for such a party, in effect, a virtual but rather more appealing and altruistic version of itself?

Let us contemplate now two embryonic possibilities which both have the structures to launch a National-friendly coalition party for the next general election.

The Taxpayers Union is poised to broaden its base beyond its curious simultaneous mass yet targeted activist role.

Yet in the New Zealand MMP context it has a fatal flaw.

It is viewed as representing entrenched and therefore moneyed interests.

This more than anything else dogged the ACT Party in obtaining the vote heft to be the National Party’s obvious critical mass coalition partner of choice.

If the Taxpayers Union is the brawling, street-wise, activist lobby for common sense in politics, the New Zealand Initiative think tank is the suave, rather aloof, long-headed advocate for pretty much the same thing.

Ruling out the New Zealand Initiative as a fledgling populist-with-a- purpose satellite political party is its board-room style association with big business.

As the basis or embryo for a full-fledged MMP political party none of these therefore is a suitable foundation because they cannot meet the winning formula of Winston Peters’ New Zealand First Party.

The mentor of Winston Peters MP was Robert Muldoon who told his then still quite young protégé that he would become prime minister of New Zealand if he understood that success came through appealing to everyman.

With his off-peak free public transport travel voucher for an ageing population this enduring formula became cemented in.

It won the popular vote.

But lost the election.

In Mrs Clinton’s case it was because she was never at home under the system in which certain states are endowed with a weighted and therefore biased vote gearing.

In the National Party’s instance it was because the party has never been at home under the MMP system in which electoral victories are designed around the victory of not just the one, but of several coalescing parties.

As with the United States electoral college state system proportional representation is arithmetically and theoretically designed to give a voice to the voiceless: minorities in other words.

The National Party must stand somewhat helplessly by, as this fraction now at face value anyway sets the agenda, and does so with 13 percent of the vote, the sum of the New Zealand First and Green ballot.

Mrs Clinton sees dark forces aligned to the unfairness of it all.

The National Party sees the unfairness of it all.

Its party structure, for so long New Zealand’s most effective political machine, is now urging the encouragement, if not the actual creation, of a satellite new political party.

It will exude high-minded moral values palatable to the younger sector and professional (i.e. non productive) sector of this spectrum and this means a stated determination to steer the world in a virtuous direction and not just New Zealand.

This amalgam of material and ideological values must be prepared to go into coalition under the banner of a National government.

Social Credit was a mainstream force in the 1960s and 70s.

But in this era things like banks were still admired, and so it eventually withered on the vine because its theory of equalising buying power with what was available to buy was considered crackpot.

Much the same thing happened in this last election with Gareth Morgan’s TOPS Party with its tax reform scheme.

A Tribute To Our Heros