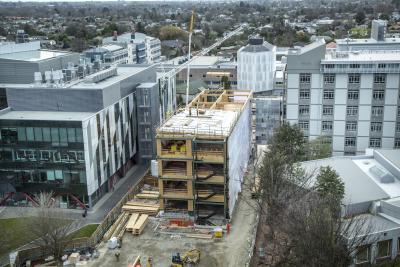 More in this category: « Carpenters could be the key to fixing quake-prone buildings UC engineering innovation boosts new city library’s quake resilience »
back to top
Jul 05, 2018