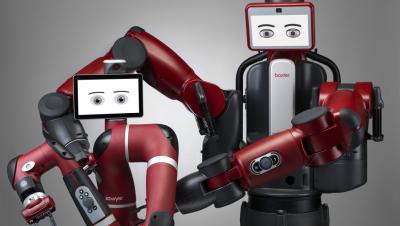 Rethink Robotics is the company behind industrial manufacturing robot Baxter, who became world famous for its pioneering robotics tech and its uncanny human-like design.

Reports say that Rethink has now closed its doors for good after a buyout gone bad. It seems that an unnamed company intended to purchase Rethink, but that unnamed company got cold feet. Left with perilous finances due to low sales of Baxter and Sawyer robots, Rethink looks to have shut down.

While Rethink’s website mentions nothing of the closure, it was only this year that Rethink was showcasing its Sawyer robot at international trade shows.

In March, the company said that electronics manufacturers are increasingly adopting cobots (collaborative robots that work alongside humans), including Sawyer.

What’s more, in July the company announced 10 deals with a bunch of distribution partners across the world, including Asia. The company also had partners in Australia.

So where does that leave Rethink? In a statement to The Robot Report, Rethink CEO Scott Eckert says that the news is true, and the company didn’t quite become as successful as they’d hoped.

The social media community expressed regret about Rethink’s closure: Here’s what members of the Twitter community had to say:

‏ @j0nlussier - Sad news from Rodney at Rethink Robotics as they shut down! Unfortunately for the robotics space another big (150M$) loss for investors.

@mark_riedl Replying to @jeffbigham - The thing that was supposed to set Rethink Robotics apart from others was that Baxter was designed with the human user in mind from the beginning. Jibo failed too and that was from human-robot interaction experts too.@pcheng88 - Rethink Robotics is gone? I thought the robots are taking over! We also have Foxconn is scaling back robots deployment too... A trend ?!

@kimmypaluch - Painful story-- look out for spin-offs: "Sometimes early products aren’t as good as u would like, new ideas don’t receive market acceptance, & other players gain traction sooner. Some or all of these factors may have impacted Rethink."

And finally a comment that sums up the closure: