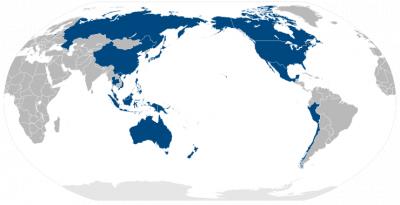 Strengthening and extending our trading relationships and discussing the critical security issues in our region will be priorities for Prime Minister Jacinda Ardern when she attends the annual East Asia Summit and APEC leaders meeting next week.

“New Zealand has benefitted greatly from taking collaborative approaches to both security and trade issues. We will continue to support the international rules and systems that protect and support this because it contributes to our prosperity and security,” Jacinda Ardern said.

The Prime Minister will be in Singapore on 14-15 November for the East Asia Summit before travelling to Port Moresby, Papua New Guinea, to attend the APEC Economic Leaders’ Meeting 17-18 November. She will be joined by Deputy Prime Minister and Foreign Minister Winston Peters.

“This trip is focused on strengthening and extending our relationships with the region. Regional organisations, like the East Asia Summit and APEC, are critical to New Zealand’s security and economic prosperity,” Jacinda Ardern said.

“At both meetings I will be emphasising to other leaders in the region that now, more than ever, we should be working collectively to address the global and regional challenges we face.”

In Singapore the Prime Minister will discuss the key strategic and security issues in the Asia-Pacific region, including North Korea, maritime security and climate change.

“The East Asia Summit has a role to play in preventing and solving the region’s most pressing strategic risks,” Jacinda Ardern said.

While at APEC, the Prime Minister will also attend a meeting between APEC Economic Leaders and Pacific Island Leaders.

“This is the first time Papua New Guinea has hosted APEC since it joined in 1993, and New Zealand has been proud to support this huge opportunity to showcase the Pacific to the world.

“Papua New Guinea is shining a spotlight on making economic growth more inclusive and using digital technologies to spark growth, which are important issues for New Zealand and for the Pacific more broadly”, says Jacinda Ardern.

She will meet with regional counterparts in both Singapore and Port Moresby. In Singapore, she will also meet with young New Zealanders and Singaporeans as well as the business community.

The Prime Minister will return to New Zealand on 19 November.

More in this category: « CPTPP trade deal opens doors for NZ exporters New Zealand could be forced to pick a side between US and China' »
back to top
Nov 09, 2018