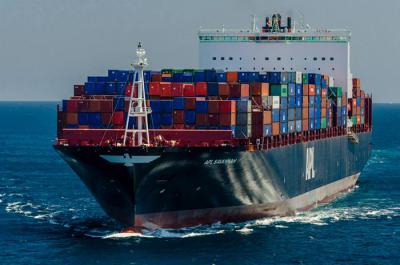 APL is seeking to capitalize on the fact China is New Zealand’s second-largest trading partner for exports and third-largest for imports.

CMA CGM’s newly acquired APL will begin a direct weekly service between North Asia ports and New Zealand from the end of December, increasing coverage in response to fast-growing trade with China.

The New Zealand Express II, or NZ2, service will increase its port calls in New Zealand to five to strengthen APL’s presence in the Oceania trade lane. With the launch of the NZ2 service, APL will have a network of six Oceania services that connect Asia with Brisbane in Australia and New Zealand.

“APL introduced the new NZ2 service to serve the China-New Zealand market in a direct and more efficient way. Compared to transshipment options, the NZ2 service provides our customers with dedicated and faster connectivity between the North Asia and Oceania markets,” said Tonnie Lim, APL head of intra-Asia trade.

The new NZ2 service will be made available through slot swaps on ANL’s ANZEX service, and will deploy seven vessels with capacities between 4,132 and 4,578 twenty-foot-equivalent units. It will complement the existing New Zealand Express, or NZE, service, with a port rotation of Shanghai, Ningbo, Chiwan, Kaohsiung, Brisbane, Auckland, Port Chalmers, Lyttelton, Napier, Tauranga, Hong Kong, and Keelung.

“The direct service will enable businesses to accelerate their products’ speed and access to these markets, as they seize new growth opportunities in the region,” Lim said.

New Zealand’s trade relationship with China has nearly tripled during the past decade, with two-way trade rising from $8.2 billion in the year ended June 2007 to $23 billion up to June this year. Annual exports to China have quadrupled and annual imports from China have doubled since 2007, according to the country’s Ministry for Foreign Affairs and Trade.

“We have traded more with China since the free trade agreement entered into force in 2008 than in all our previous history, and growth is faster with China than any of our other major trading partners,” the ministry said in a statement.

New Zealand’s top goods export to China in the past year was milk powder, and has been since 2008. The trade ministry said at its peak in the year ended June 2014, milk powder accounted for more than 40 percent of New Zealand’s total annual export value of goods and services to China. Other leading exports are untreated logs and beef and lamb.

Clothing was the largest import during the past decade, but has dropped from around 16 percent to 11 percent of the total import value from China this year.

Also capitalizing on the rising trade between China and New Zealand is Maersk Line that in October inserted Tauranga on the westbound northward leg of its AC-3 Asia-west coast South America service, a weekly service connecting Mexico, Panama, Colombia, Peru, and Chile directly to New Zealand.

Leading the AC-3 service was Aotea Maersk, and its capacity of 9,640 TEUs made it the largest container vessel ever to call at a New Zealand port. The port of Tauranga has a long-term strategy to extend its freight catchment and consolidate its position as the country's leading freight gateway. Handling larger vessels is a key part of this focus and its shipping channels have been widened and deepened, to 47.6 feet inside the harbor entrance and 51.8 feet outside the harbor.

More in this category: « Aust company buys Cook Strait ferries Firms use 'rule of thumb' to plan supply chains »
back to top
Jul 02, 2018