Japan in talks with New Zealand for defense aircraft exports 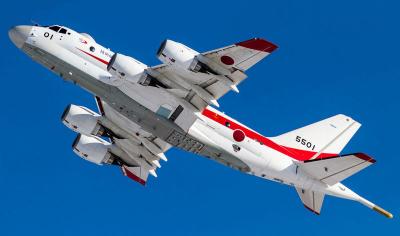 TOKYO -- Japan is in negotiations with New Zealand to export the Self-Defense Forces' patrol and transport aircraft, in hopes of beating out U.S. and European competition to score its first large-scale arms contract.

The deal will also involve the maintenance of the planes, and is potentially worth billions of dollars. Tokyo in September provided unclassified information on the P-1 maritime patrol plane and C-2 transporter, both developed by Kawasaki Heavy Industries, in response to Wellington's requests.

Representatives from Japan's defense ministry and Kawasaki Heavy are in New Zealand for negotiations. Japan could come up with a proposal in the first half of 2017 concerning the price, production process and maintenance of the planes. It will also consider jointly producing certain parts with New Zealand.

New Zealand will choose the winning bid as early as this summer out of a pool including American and European proposals. The Japanese government will also negotiate a treaty with New Zealand to allow the transfer of defense equipment and technology, a prerequisite to the potential deal.

The P-1, deployed by the Maritime SDF, was designed as a successor to the mainstay P-3C patrol aircraft. It can pick up even faint submarine signals through underwater sensors, and is also known to be fuel efficient and extremely quiet.

The bidding "will be a one-on-one fight with Boeing's P-8 patrol plane," a Japanese official said.

The C-2, meanwhile, can carry heavy loads over long distances. It was first delivered to the Air SDF in June 2016, with plans for deployment this March. The aircraft shares the same parts in the wing and other areas with the P-1, which will allow New Zealand to save money if it adopts both models. Airbus and several other companies are considered Japan's main rivals for the transporters.

The Japanese government adopted three principles on the transfer of defense equipment and technology in April 2014, greatly relaxing the requirements for arms exports. But it has done little under the new rules. Japan was outbid by France on Australia's new fleet of submarines in April, and lost a bid on anti-submarine patrol aircraft for the U.K. to the U.S. in November 2015.