Rising demand the engine for air freight market growth in 2016 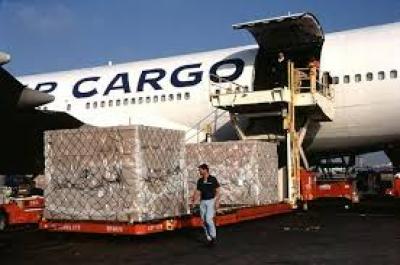 IATA’s freight tonne kilometre (FTK) measure shows growth of 3.8% – nearly double the average rate of 2% over the past five years.

WorldACD explained: “In other words, the average distance between origin and final destination of the shipments carried, increased slightly (DTK-growth outpacing weight growth).”

IATA shows all regions except Latin America seeing growth last year, with Europe’s airlines picking up nearly half the additional demand, the majority of which came in the second half after a weak first half.

In the Middle East, where things are not as glowing as they once were, volumes rose 11.2% in December and capacity increased a (relatively) meagre 5.9%. Total demand for those carriers in 2016 rose 6.9% – the region’s slowest pace of growth since 2009 and well below the 12% average. IATA suggests the carriers lost volumes to Asia and Europe.

According to WorldACD, weighted average yields (including charges) for the year on westbound origin and destination routes fell $1.75, a drop of 12.5%. Easterly, it fell 15.5% to $1.63.

IATA attributed some of the overall growth in demand to a rise in shipments of silicon materials and greater export orders, plus an early Chinese new year holiday.

CEO Alexandre de Juniac urged airlines to become more competitive through digitisation, warning : “Looking ahead, strong export orders are good news. But there are headwinds. The most significant is stagnant world trade which also faces the risk of protectionist measures. Governments must not forget that trade is a powerful tool for growth and prosperity.”

More in this category: « Freight train running from China to UK is a first EU Approves Acquisition Of Hamburg Süd By Maersk Line »
back to top
Mar 13, 2018