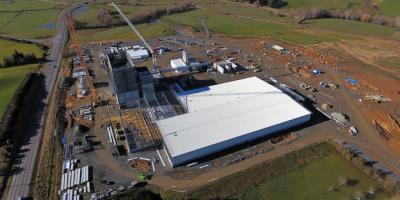 An ownership dispute over proposed milk processing facilities in Southland has hit the courts, with a jilted group of investors claiming to have missed out on a major opportunity to tap the Chinese market worth at least $227 million.

The tussle harks back to September 2014 when Brian Wagstaff and Richard Young set up a company called Danpac (NZ) to build and run an infant formula factory and hold a minority interest in a site for a proposed milk powder processing factory that was to be owned by Mataura Valley Milk. They entered into a heads of agreement with Randolph van der Burgh and Geoffrey Pollard, Pure Elite Holdings, PEF New Zealand and Ever Health New Zealand that both parties would pour capital into the entity to build a dairy exporter targeting China.

Neither group ended up injecting their capital and Wagstaff and Young took back control of the entity, later amalgamating Danpac with another entity Bodco Ltd, which counts Chinese state-owned enterprise China Animal Husbandry Group as its biggest shareholder, bankrolling the processing plant.

A September 25 judgment in the High Court in Hamilton shows van der Burgh, Pollard and the PEH group of companies claim the agreement didn't have a fixed timeframe meaning delays to capitalise Danpac didn't breach the deal, and that the moves to push them out were themselves breach of the heads of agreement. They estimate their loss to be at least $55m from being deprived of the equity stake in Danpac, and at least $227m in lost value, the judgment said.