May could consider tax on single use plastic packaging 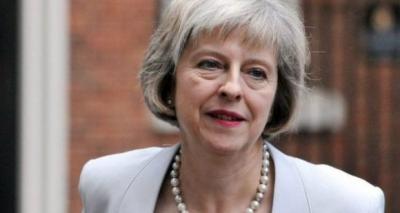 Jan 9, 2018  -  The government could introduce a charge on single use plastic packaging such as plastic drink bottles, the Prime Minster has said.  Appearing on BBC1’s The Andrew Marr Show, the Theresa May spoke of the success of the 5p carrier bag charge introduced a few years ago and said a similar levy could be slapped on plastic bottles, as well as bubble wrap, cutlery, and polystyrene takeaway boxes in a bid to reduce single use plastic packaging and reduce pollution in the world’s oceans.

“People often think about environment issues and wonder whether the Government can have an impact on that. If you just look at one thing that we’ve done, in 2015 we introduced the 5p charge on carrier bags, on plastic bags. Actually we now see nine billion fewer plastic bags being used.

“It’s making a real difference. We want to do the same in relation to single plastic use. Nobody who watched Blue Planet will doubt the need for us to do something.”

This follows Chancellor Philip Hammond’s announcement in the Budget last November that the Government is to look at taxes and charges to help prevent pollution and protect the environment.