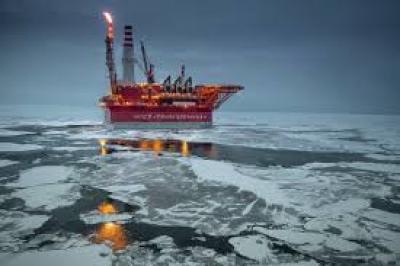 Europe’s accelerating dependency on Russian energy remains publicly unspoken in any discussion on anything to do with counter measures relating to the latest round of deadly pay-backs in England.

It is the reason why for example reprisals have centred on elements dear to the EU heartland, But of no great consequence to the Russians, symbolic or otherwise.

The stepped-up Russian provocation collides now with the undercurrent doctrinal campaign so noticeable in the UK to encourage the withdrawal from nuclear energy.

Much the same thing is going on in the old EU heartland and again most noticeably on the Franco-German axis.

A deeper problem, and again one rarely introduced in the EU is that nation’s such as France and Britain are allowing their nuclear power station implementation technology skills to evaporate.

Curiously, this may have been on the Russian mind in this last round of vendetta settlements.

It may have contributed to the notion that the UK nuclear capability had been diminished to the point at which even lethal radioactive concoctions used in its pay-backs were undetectable.

This EU reliance on Russia gas goes a long way to explaining why soccer is presently the main instrument of EU reprisal beyond the conventional embassy expulsions tit-for-tat.

Might not a heavy hand on the allocation of travel visas have a more durable effect?

A test on a new oligarchical playground such as Cyprus, so recently bailed out under the EU aegis, for example?

With Gazprom filling nearly half Europe’s gas demands even this is out of the question.

Governments decline to challenge this notion because it allows them to sidestep the costs of constructing and maintaining nuclear power stations.

It is much simpler to take Russian gas.

The climatist fervour meanwhile deliberately disguises the way in which the moral panic it deliberately generates hides the increasing reliance of these EU countries on energy supplies from unstable sources such as Russia and the Middle East.

Neither is this confined to Europe.

The fervour of this climate movement has succeeded in sweeping out of any current debate or “conversation” as it is now described, the inconvenient truth of let us say New Zealand's increasing reliance on crude imports.

Contrary to the received opinion in the last 30 years New Zealand’s import of crude has in fact increased five times.

New Zealand’s Green Party which has the ability as a faction to apply a tourniquet to the ruling Labour coalition government now threatens to put an end to all oil and gas exploration.

Anticipating the new soundings the bureaucracy is harmoniously positioning itself.

At the end of last year the allocation of oil and gas exploration blocks for which there were known to be a spread of applicants saw just one permit allocated.

This illustrates in miniature the attitude in Europe.

The urban academic non-productive political class now controls this particular issue, the fossil fuels/nuclear one, in the EU and in even more distant high energy-consuming nations.

While a New Zealand coalition government of the stripe of the current one must acquiesce in all this to preserve the same urban and non-productive voting base, the EU governments have in addition a quite different reason which centres around the unfathomable costs of building nuclear power stations.

France and Germany’s experience in Finland is just one example.

The urban elites and their conduits slickly divert this entire “conversation” away from the underpinning crisis which is an accelerating dependence on energy from unreliable sources, notably Russia itself.

Instead, they have successfully kicked it through the soccer goal post and thus well clear of any threat to their own climate doctrine.

More in this category: « Labour is First Victim of its own Victim Politics Is this news? »
back to top
Nov 11, 2018