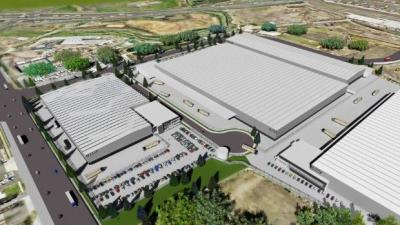 An artist's impression of a new development, in Wiri, Auckland, by logistics property company, Logos.

Extending its antipodean buying spree, Logos Property has agreed to acquire a 10-hectare site in Auckland to develop a 55,000-square-metre logistics facility. The deal, the first in the country for the regional warehouse developer, comes after a rush of transactions in Australia and amid intense competition and fast growth.

“The New Zealand industrial and logistics sector has experienced strong growth over the past few years on the back of the country’s underlying economic fundamentals, increasing population and importantly the rise in ecommerce,” said Trent Iliffe, Joint Managing Director, Logos. The “site is an important and strategic first development for the group.”

The company announced the transaction on 10 July without disclosing the price of the acquisition. Reports in the Australian media put the final value of the project at A$200 million ($147 million).Finding a Location in NZ’s Logistics Hub

The site is located in Auckland at the corner of Roscommon Road and Wiri Station Road about 23 kilometres from the country’s largest container port and about 8 kilometres from Auckland Airport. The Wiri suburb, on a major road system and with a dry port, is increasingly regarded as New Zealand’s logistics hub.

Fletcher Concrete and Infrastructure, a subsidiary of ASX-listed Fletcher Building, was the seller, according to the Australian Financial Review. The newspaper also reports that Logos will begin construction on the planned logistics estate early next year and that the total value of the project is expected to be about A$200 million ($147 million) after completion.

Logos is in discussions with existing customers at its other locations globally about taking space in the new warehouse development. Potential tenants include companies involved in FMCG, ecommerce and third-party logistics . . .

More in this category: « E tū: Nestle job losses “a bolt from the blue” Future Mobility's Sealegs unit gets permanent injunction in copyright suit against Orion Marine, Smuggler »
back to top
Jun 28, 2018

Chinese factories could build 8000 homes a year for Kiwis