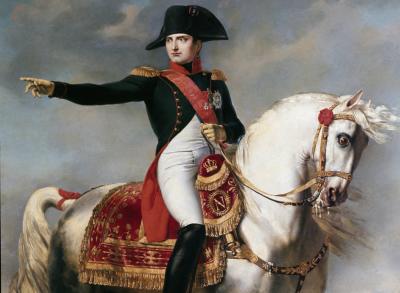 President adheres to Napoleon Doctrine “Never interrupt your enemy while they are making a mistake….”

The notion that the Donald Trump presidency is an aberration and one that will be corrected at the first opportunity which is at the pending United States mid-term elections has ceased to be a certainty.

The now much reduced odds facing this predicted outcome are attributed to the activities of the New York-Washington media which originally sowed in the first place this coastal concensus of the Trump presidency as an abrupt and brief departure from the norm.

The Washington-New York liberal media at the outset portrayed President Trump as a usurper and one whose authority would start to fade at this mid-term electoral hurdle, prior to his certain expulsion at the next presidential election, if not before.

The sharp difference between their own proclaimed journals-of-record status and the their overt anti-Trump campaign highlighted during the Kavanaugh judicial hearing in contrast reveals them to be sliding into a point-of-view/ entertainment category, a twilight zone in recent years for several once vaunted US news publications

The attenuated campaign orchestrated against Judge Kavanaugh by the Democratic Party and without any proven shred of evidence portrayed the genial and diligent Irish jurist as an ethical monster with newspapers such as the New York Times and Washington Post along with CNN in the role of a Greek Chorus.

Until the Kavanaugh confirmation hearings the gamble by this media that the Trump era would start to wane at the mid terms was a near-certain bet from their activist point of view.

The Trump mid-terms prospects did seem to bear this out in spite of the key market metrics favouring the President.

But the Kavanaugh confirmation hearings have galvanised the mid terms, usually treated with a certain indifference by a politics-saturated electorate.

The affair is now widely considered to have re-energised the twin poles of presidential support.

At one end of the twin poles is President Trump’ s blue collar productive-occupation base, the heartland one

Prior the Kavanaugh hearings this was considered to have become weary of politics, and thus unlikely to turn out.

At the other end of this spectrum is the Trump suburban professional vote well-to-do anyway and thus immune to things such as the exceptionally low unemployment figures.

This professional white collar voter category is regarded as being easily enticed by the guilt-transfer mechanism of the identity politics so actively sown on the Washington-New York corridor.

It is this suburban category that however just witnessed one of its own, Justice Kavanaugh, subjected to round after round of hearsay, suspicion, and innuendo that in so many ways compares to that poured upon the upright yet ultimately hapless citizens best known as the Witches of Salem.

There are strong indications that neither the New York Times or the Washington Post understood the risk-management dimension of the gamble that they took when they let loose with the artillery of the press on Justice Kavanaugh as a proxy for their real target, President Trump.

Like Napoleon, President Trump declines to interfere with an enemy while they are making a mistake.

So he let this one play out.

For the Washington Post and the New York Times though with their first-draft-of-history role which still remains dangerously, certainly naively, unquestioned in the English-speaking realm at large there remains the issue of their hitherto unquestioned positioning of the Trump era as an aberrant one.

They know that they have no alternative, regardless of the current odds, to follow through on this prediction, and to be seen to be following through on it.

The New York Times sought to fuzzy up its role in the Kavanaugh affair by introducing in the heat of it a diversion in the form of an expose of the presidential taxes.

It succeeded only in burying its own “investigative” lead as the bizarre and increasingly hysterical drama surrounding the judicial appointment ground inexorably to its close.

The mid term elections have now taken on the significance usually accorded only to the Presidential variety.

More in this category: « Bridget Bardot is Europe’s Most Powerful Private Citizen Western Sahara More Important to New Zealand than Saudi Arabia »
back to top
Oct 04, 2018