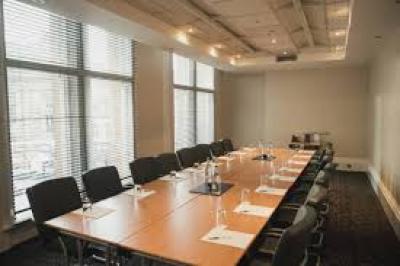 The climate industry in a cruel assertion of its power now seeks to ensure that funds scheduled for post Covid recovery are instead diverted to the climate change industry itself.

This means that funds badly needed already in New Zealand will be substantially disbursed overseas and for no practical return to New Zealand taxpayers.

The display of the climate industry’s power is such that the organisations tasked with countering such demands are mute.

None dare say for example that the money thus diverted could and should be used for the benefit of families who have had surgical treatment delayed through the crisis.

Or to alleviate the chronic shortage of housing caused by Covid 19 as returning New Zealanders put unparalleled demands on an already strained availability of accommodation.

Neither does anyone in authority dare to point out that these Covid -19 problems inevitably fall on the very people that a Labour government is sworn to protect—the poor.

Only Federated Farmers now has the status to block the momentum of the urban-based climate business.

Federated Farmers without knowing it has been deliberately targeted by the climate business in a sophisticated marketing exercise designed to soften it up.

It has been told that the pending carbon budget, as it is officially known, will be a shocking one.

The climate industry intends for there to be levied some damaging though not “shocking” impositions and thus grateful farmers will be so relieved that they will even praise the climate industry for its forbearance and moderation.

Another advanced marketing trick used by the climate sector is to portray the image that its many operatives are in their jobs through their devotion to public welfare.

In fact these urban practitioners are on high-ranked public service level remuneration packages.

Their job is to keep the pressure up on the taxpayer to keep funding them.

The exaggerated display of righteousness is another marketing tactic disguised in the industry’s sincerity-dripping publicly related narrative centred on the devoutness of its cause.

Only Federated Farmers among still-respected New Zealand institutions can present a united front in the face of this determined presentation of urban piety of purpose.

The National Party has found itself consistently wrong footed by these manipulators of its supporters loyalty.

The Labour government has found the business so useful that it has become part of it.

Industries which originate in North America, as this one does, always find New Zealand a stand-out receptive ground.

There is for example the jargon which the target market which means most New Zealanders only partially understand.

Yet they are afraid to appear out-of-touch by admitting their lack of familiarity with the industry’s dictionary of new and modified words.

Then there is the climate industry’s claiming of the moral high ground which is another straight out lift from the multinational selling methods play book.

It means that buying will improve you and the world at large.

Now we have the reference sale technique. Celebrities such as Prince Charles are referred to as buyers, with the inference that they must be right.

A corporate technique known as client management is also used.

It is designed to hold the sale and the buyer securely in place and make sure that they resolutely stay with the product, in this case the climate deal.

This can be seen in the many publicly-funded inducements to those showing signs of straying that they better stay with it and stay on message. Those who do stray find their public funding unavailable or cut off.

Federated Farmers is not immune to this aspect of the climate industry.

But it is better placed than any other institution to stall the climate industry, at least until the Covid crisis has passed, and then been paid off.

Multinationals demonstrate their moral conscience through well-publicised good works such as sponsorships.

In the climate business this high mindedness takes the form of its already privileged operatives conveying the impression of self-sacrifice and that personal reward is the last thing on their minds.

Marketing it is said can sell anything and the scheme to divert critically-needed Covid recovery money from those who need it in New Zealand and hand it to the North American-driven climate industry proves it.