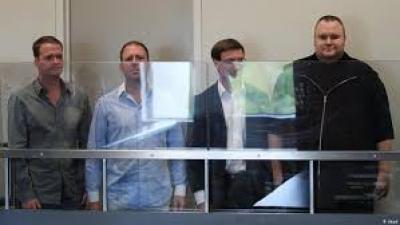 Eight years of intensive court house toing and froing failed to dent the Dotcom extradition process and merely reinforces the only possible resolution to the case, a political one in which it is declared moot.

This will end the present public expense in which cohorts of lawyers of varying hourly billing firepower tramp through courtrooms of varying status and show every sign of continuing to do so into the foreseeable future.

A moot declaration is straightforward and starts with the incoming United States ambassador who must be apprised of a basic New Zealand political fact which is the existence of the FBI case as the elephant in the caucus room of the Labour government.

The Labour government’s brand is kindness.

How kind is it to forcibly return for incarceration in United States gaols a quartet of family men who after years of intensive investigation may even have rendered substantial benefit to the nation which invited them in?

Impenetrable clouds of words emanating from all those involved in protracting the case to date have created an emissions overload camouflaging the political rawness of the Dotcom drama.

The Dotcom Four were encouraged to base themselves in New Zealand under an official policy known as technology transfer.

In this concept the mechanics and the marketing of the original Megaupload would rub off on the local specialists and engender in institutions as a whole an appreciation and respect for the possibilities of information technology.

Hovering over the whole episode then and now is this.

If the Dotcom Four believed that they were involved in anything illegal why did they allocate their servers to Virginia when they must have known that New Zealand had a bilateral extradition treaty with the United States?

Plenty of opportunity to establish the immense server capability in say Scandinavia where no such treaties exist, and where there would have been no danger of the servers being unplugged in the first place.

In the world of cloud computing eight years is a lifetime.

The Dotcom case has about it the aura of a dispute centred on horse drawn carriages extending into the era of the motor vehicle.

The underpinning contention of the Dotcom Four is that Megauplod was a celestial version of the three dimensional storage warehouse which rents out space on demand.

How did they know what was being stored in their space any more than the owner of a concrete warehouse with space to hire knows exactly what its users are filling its space with?

The determination of the FBI to imprison the Dotcom Four extends to the RICO washing up clause which threw a racketeering blanket over them meaning that once in the United States there is truly no escape for the Four.

Now with the avuncular Joe Biden installed in the Oval Office the Labour government can test this new Morning in America in ridding itself of one of its greatest identifiable pending embarrassments.

This is corralling into a Federal Bureau of Investigation chartered Con Air a quartet of technologists who did for New Zealand exactly what they said they would do.

They generated jobs out of thin air and in doing so transferred the comprehension of the infinite possibilities of technology.

Without diplomatic intervention there remains only the outcome of the infinite cost to the taxpayer of an infinitely protractible vista of courtrooms, each one more costly to the taxpayer than the one before.

Watch the documentary Kim Dotcom: Caught in the Web.