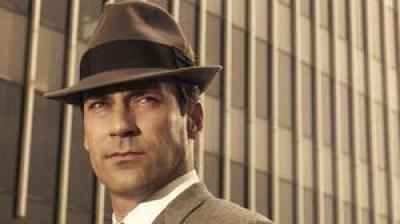 In today’s age of the apology proliferating atonements are encouraging another fast-growth fashion in which commercial interests seek opportunities to publicly demonstrate cohesion with diversity and equality.

Advertisers are now on the look-out for mainstream media transgressions that allow them to mass signal their own virtue by withdrawing their patronage from selective broadcast programmes and even from print titles.

Their target demographic is composed of a university-catchment in its later teens and on the verge of entering middle age, the advertising agency prime target sector.

It ardently excoriated itself for its value judgements throughout its history that transgressed contemporary diversity/equality criteria.

This contrived atonement edition was ridiculed at the time by the demographic that it was not in fact aimed at.

But it struck a spectacular chord with its intended target market, the graduate one, the cultural elite, the segment with disposable income, money to spare.

In media terms an apology until a few years ago was a quasi-legal device used to stave off a legal action or to mitigate, soften one.

The old please-forgive-us apologies were handled gingerly because they were deemed to call into question the reliability, integrity, of the media operation as a whole.

Now, and in their promotional manifestation the apology is embraced with the same enthusiasm with which in its legal context it had once been shunned.

The now-routine institutional apology trend technique blinds editorialists to the danger that it poses for them.

This is because advertisers now use it to reach the impressionable much-desired younger graduate segment of the purchasing population.

Advertisers actively seek programmes where someone is likely to put their foot in it, just so they are seen to withdraw from backing this same programme and in doing so acquire the resulting plaudits from this same high-minded premium purchasing segment.

In the official and governmental realm meanwhile the apology proclamation has become the standard public relations marketing tool allowing politicians and their departments to quit something from the past and thus unencumbered to market the new replacement policy and approach.

Brisk and perfunctory it nonetheless has the effect of conveying the required level of hand-wringing to those who hitherto had troublesomely and noisily believed themselves to have been wronged.

The demonstrable enthusiasm of this community of interest fuels the fervour which now marketing agencies take advantage of.

Now and in its politico-media usage the apology means to “cave-in” on something, the opposite of its original Latin meaning in which it meant quite the opposite, to “defend” this or that.

Thus the slogan Apologia Pro Vita Sua once meant defending ones past actions, and certainly not regretting them, the current interpretation.

Target marketeers grasped the ecclesiastical implications of the word as a technique of signalling to the high-earning and younger impressionable buying classes the corresponding righteous intentions of their clients, and thus of their products.

The journalistic community is only now waking up to the distant rumbling of the apology avalanche which threatens practitioners who go off-piste, off the beaten path of conformity either accidentally or deliberately.

More in this category: « ACT Party, Federated Farmers Silence of Lambs on Climate Industry Menace
back to top
Mar 24, 2018