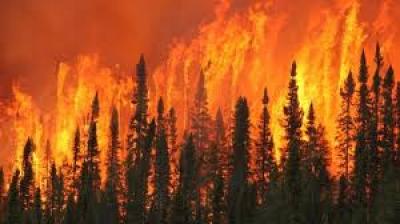 Eliminating natural gas will cripple a hospitality industry already reeling from the absence of foreign tourists.

But the value to the hospitality industry of natural gas is being tossed aside as the New Zealand Labour government sacrifices small businesses in the rush to accelerate man-made climate anxiety.

The Labour government is determined to be Best In Show internationally in the climate alarmism stakes.

The ACT party in Parliament has been silenced, and even bends a climate knee because it wants to be persuaded that unless New Zealand conforms to climatism it will somehow become a trade “pariah.”

The National Party Opposition is effectively gagged because it believes that it will lose a large slice of its high end professional vote if it is viewed as being overtly hostile to the climate beliefs that have filled the vacuum left by the established churches.

The energy industry lobby has allowed itself to be treated like dirt by the Labour government which at the outset announced to a group of students its ban on energy exploration.

Federated Farmers the agricultural lobby sits on its hands while unknown interests blot out immense swathes of grazing country with trees.

Nobody dare warn, even whisper, that if the globe is in fact heating up that these same quick growing and thus volatile resinous forest plantations present a colossal fire risk.

Nobody dare say that the clamp down on domestic oil and gas can only result in imports and from countries not exactly aligned with the government’s oft-stated human rights imperatives. Saudi Arabia is one example here.

How “kind” is it for a government to deliberately propagate the notion that in Taranaki there is no need to worry about the departure of the energy industry when enterprises like bakeries will take up the employment slack.

This when the same government knows that these same bakeries will not be able to use their ovens because there will be no gas to fire them.

The Labour government and its side kick Green Party promote “green” industries replacing the primary sector while knowing that these green industries are mobile in that they can readily be located offshore and to countries not too fussy about their workforce conditions.

The government and the Greens know too that words such as net zero, carbon, and renewables along with acronyms such as IPCC exercise a curiously paralysing effect on institutions such as ACT, Federated Farmers, and the National Party.

These loaded words leads them if not to “pivot” a knee then to go weak at the knees when they should be stridently indicating the dangers to jobs of the orchestrated litany of half-truths that drives the climate political project.

From the government’s climate bureaucracy we learn that farming is the “whaling” industry of today.

Farming was last proclaimed a relic from a bygone industrial era quite recently, 30 or so years ago.

The financial services sector supposed to fill this farming gap then promptly utterly disappeared leaving New Zealand without even its own trading bank, and with the resulting torrential outpouring of funds that should have stayed in New Zealand.

The New Zealand-based global insurance sector similarly and simultaneously disappeared as a direct result of this “whaling” fallacy syndrome about farming.

The National Party lets the Labour government glibly proclaim unchallenged its climate political project as its overriding priority. Labour routinely trumpets it as a far greater cause than the economy or even the housing crisis, a real crisis this time instead of a rallying one that keeps its faithful from straying