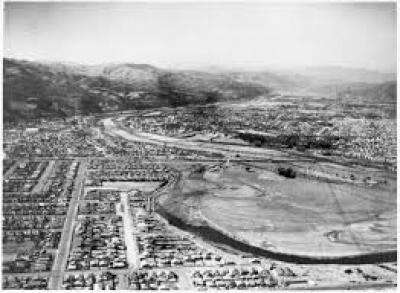 Forty years ago New Zealand’s Hutt Valley was a mini Silicon Valley as a world research and development focus for information technology.

This was not realised in New Zealand, but it was grasped in China which sought to transfer ground-breaking technology to China, and do so without paying for it.

The computer technology developed in the Hutt Valley (pictured) was a breakthrough in that it speeded up computing to the point at which it seemed to behave like the human brain.

For many years there was a coordinated operation centred on Beijing to lift the technology without being seen to do so and at the same time to avoid paying for it.

The scheme involved Chinese governmental organisations presenting themselves as bona fide buyers and requiring more and more and still more insights into the technology in order to make the hoped for decision about an eventual purchase.

In order to give this verisimilitude the operation was surrounded by demonstrable very high level involvement of the Chinese governing elite.

The technology so sought after by the Chinese was capable of smashing through what at the time was known as the von Neumann bottleneck, the constriction through which must stream the digital symbolic instructions which the machine, the computer, understands.

In the Hutt Valley there had been developed an accelerator device to push through this stream of machine language symbols at an ever faster rate in order for the computer to do the heavy lifting required by increasingly complex demands.

The Chinese had correctly perceived that that the Hutt Valley developers had identified an early solution to revving up computer capacity and thus capability, and which could be copied given enough access to the prototypes and systems.

This is the accelerator process that underlies today’s artificial intelligence which among other things recognises peoples’ faces.

The Hutt Valley pioneering work was taken very seriously by the Chinese.

Their active interest in it started in the late 70s and continued through to the share market and financial collapse of the late 1980s when the by now New Zealand government -sponsored funders of the technology were themselves bailed out.

In the intervening years there had been much toing and froing with among other actors state-controlled Chinese banks lending their name as somehow standing behind the project.

This finance had been talked about. But never appeared in liquid form. There had at one stage even been floated a counter trade, bartering, scheme one of which involved importing Chinese bicycles.

Why didn’t the Chinese simply pay for the programme automation technology at the outset?

The short answer is that this would have run counter to parting with cash for technology and management processes acquirable by stealth.

How did those concerned within New Zealand become party to this?

Never before and certainly not in New Zealand had there been encountered any kind of deal in anything at all in which a central government, China’s, was in fact the potential acquirer and which controlled the potential transaction at every step of its process.

A subsidiary reason is that by dragging out the sale for so long the Chinese ensured that the Hutt Valley software engineers constantly improved the technology and especially so in customising it, adapting it to Chinese requirements which included diverse applications in coal mines to hospitals.

For China it was an early and outstanding example of their win-win principal. They won twice. They got the technology. They got it for next to nothing.