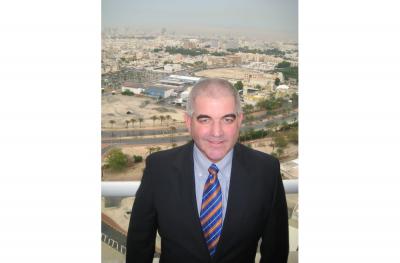 A global specialist in niche marketing has described focused selling as the most overlooked area in New Zealand climate preparedness. Mathew Collins said that with the era of bulk commodity exporting fading now looming in its place is a new epoch of selective, high process and high value product selling.

This new specialised premium era of exporting is imminent as a direct result of the New Zealand government’s determination to include food production restrictions in a rigidly-enforced regime of conformity to international climate change standards.

Mathew Collins founder of DigitalXMarketing said that in New Zealand he was surprised to find climate change enforcement the centrepiece of political and academic conversation and conducted as if New Zealand was a service economy instead of a primary one.

Why was there so little planning of the marketing techniques required to make up the difference for lost revenues? He asked

The topic he discovered was instead treated as one of ethical righteousness rather than as a three-dimensional commercial threat reality. The commercial priority now was to set in place alternatives to lost revenues through the reduced pastoral grazing capacity.

Mr Collins said he had gathered an “unsettling” impression that planning for the era of regulated climate change and thus lost productivity was what he described as “faith-based.”

This “other worldly” treatment of the nation’s self-imposed export income shrinkage contrasted with the last era in which New Zealand had faced a seismic scale shift in its export pattern when Britain announced it was joining the EU.

Confronted with the EU, he said, in this externally-imposed export shift in contrast New Zealand officials had “grasped the nettle.”

Planners then had adopted the notion of New Zealand becoming the “Switzerland of the South Pacific” in gearing the nation to use premium niche marketing to “get more from less.” In the event the nation had discovered alternative markets for bulk exports in the Middle East and Far East.

Farmers, according to Mr Collins, sought collectively to soothe themselves by believing that climate impediments and restrictions on output in the form of stock number reductions were in the category of “it can’t happen here.”

Agriculture in this ostrich-like attitude he said had collectively absorbed an impression from the oil and gas industries.

There was though a big difference in that the oil and gas sector was international and could cap its wells, tow away its rigs, re-deploy staff, and simply re-assemble somewhere else.

Farming though was tied to the land by its very definition. Therefore for farming there was no escape from the productivity restrictions imposed in the name of climate.

Discussing the replacement of grazing pasture by pine trees Mr Collins said that there would here also be a need for digitally-driven niche marketing for timber products and thus training which should be started now.

Timber exports in order to compensate for lost pastoral income also needed to be streamlined with a digitally-driven emphasis on by-products.

He cited pharmaceuticals, cosmetics, disinfectant and cleaning products, along with hospital-grade disposables such as latex gloves as among the standard by-products of the pine tree.

Pine by-products should be a much-evaluated response to the loss of jobs caused by the “officially-desired” closure of the coal and oil and gas sector.

Ignoring this timber output diversity opportunity is another example of the failure to face the reality of the climate movement, insisted Mr Collins pictured (above) at a conference in Dubai.

More in this category: « China Hutt Valley Tech Heist Revealed Harry and Meghan Security Quest Ends in New Zealand »
back to top
May 30, 2018