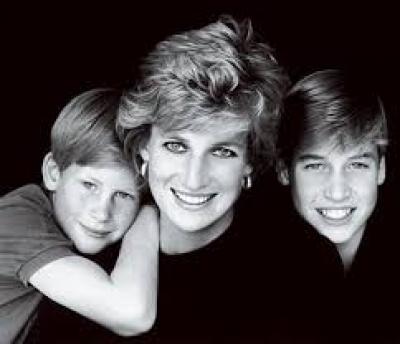 New Zealand was cited during the Oprah show as a refuge for the expatriate branch of the royal family. “We had suggested New Zealand, South Africa, Canada,” said Meghan to Winfrey, detailing her proposal for establishing possible residency in the commonwealth.

In court circles Harry remains viewed as being a bit of a chump. How then could this simple soul have been instrumental in igniting the most embarrassing episode to be endured by the Royal Family since the Abdication in 1936 of Harry’s great great uncle King Edward V111?

The reason for the success of Britain’s television saga Coronation Street is that it portrays a reality, a “truth,” as Oprah would say. It portrays strong women and feckless, pliant men.

So it is with the Royal Family. Women run the show. With the exception of the Duke of Edinburgh, the royal menfolk would at some stage simply let bygones be bygones for Harry and Meghan.

There will be no forgive-and-forget from Kate, Duchess of Cambridge, target directly and indirectly of so much of the Harry and Meghan venom. Or, for example, from Princess Anne with her low tolerance of deliberate silliness and pretence, let alone that of premeditated treachery.

In New Zealand women similarly run the show with females as governor general, prime minister, and in most of the power points below.

The Sussexes are a progressive couple. Harry adjusts himself to Meghan’s career which is in films. New Zealand has a film colony in its capital, Wellington, and an equally well defined mogul hierarchy.

New Zealand, and this is still not grasped in the Anglosphere, has its own hereditary royalty, the Maori royal family, a reassuring presence for the diversity-conscious couple.

In the Winfrey show there was much reference to the linkage of titles with the need of the duo for protection, security.

Meghan somehow led to believe or picking up the impression that in marrying a prince she would become a princess chimes with the Oprah topic that Palace courtiers had kept Meghan in the dark about procedures and protocols from precedence to curtseying. An office-bound Harry seemingly had neither the time nor the inclination to bring his bride up to speed.

It was the failure of the Palace to accord the Duchess of Windsor the title of Her Royal Highness that rankled most of all with the exiled Duchess and the Duke of Windsor, formerly Edward V111.

Those who wished to remain in the good books of David, as the Duke was known to his family, or even wish to see again the Duke and Duchess were careful to introduce the Duchess as HRH.

Royalty had its ancient beginnings in tribal warrior chiefs who successfully led their people in battle. Harry who served in Afghanistan with the British forces is in this valiant tradition.

It is also the most compelling reason why only remote New Zealand with its non-porous sea-girt border is the only Commonwealth country, indeed, only country anywhere, that can offer the physical security that the couple told Oprah that is their priority.

The royal family treats everyone the same way regardless of their birth or station. A continuation however of the campaign to destabilise the monarchy could see the rebel royals frozen out of a commonwealth country officially or unofficially.

Diana hovered like a wraith over this most recent and bizarre episode of the renegade royals with their determination to vindicate Harry’s mother by embarrassing the Palace. This rules out as a refuge France, a republic in which breathed their last the Duke and Duchess of Windsor and Princess Diana (pictured with her sons.) History, Harry reminded Oprah, repeats itself.