Tax Roof Falls in on Landlords in New Zealand 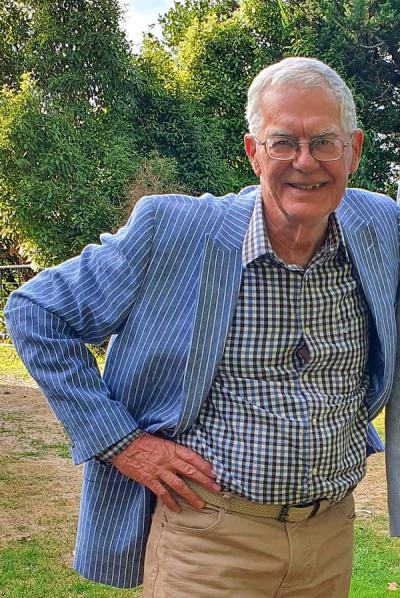 Property Investors Federation’s Richard Woodd and Tim Horsbrugh on how runaway house prices hit a brick wall. Or have they?

On the day that the roof fell in on New Zealand’s landlords the president of the Taranaki Property Investors Association Richard Woodd (pictured) delivered a speech on the technicalities of moving houses. Actually of transporting the house itself from one location to another.

Moving house, as in putting them on a truck and then installing them somewhere else, is a peculiarity of the residential side of the New Zealand property sector. Another peculiarity is how in an agrarian nation in which no more than 0.4 percent of the terrain is built on, why even modest residences can now attract buyers happy to pay $1 million or more.

On the day Mr Woodd was scheduled to talk on the technicalities of house moving, the trucking version, the government announced a series of what Mr Woodd described as “disincentives” to ensure that if house prices didn’t actually fall, then they at least hit a brick wall.

Specifically the government announced the end of expensing deductions on bank interest payments incurred by mortgages on rental properties. “We are seeing a capital gains tax,” said Mr Woodd, “and it is arriving by stealth.”

Tim Horsbrugh, president of the Wairarapa branch of the Property Investors Federation, was equally blunt. The government, he declared, was determined to “scare people away from property.”

In terms of leverage Mr Woodd said the government was putting into reverse the traditional gearing of rental residential property acquisition.

He noted however, that in recent times the “mom and pop” class of investor buying a second house to rent out in order to save for retirement or to leave something for their children had tended to be subsumed in the minds of politicians by large-scale professional investors seeking to take advantage of tax concessions originally designed for family home acquirers.

Tim Horsbrugh noted that there was a vacuum in the government’s campaign for getting first-home buyers under their own roof. There was still no solution, he insisted, to the central issue of increasing the supply of houses in order to meet first home acquirer demand.

So the question remains. Why are New Zealand houses so expensive and in a sparsely populated country which has within its borders an amplitude of the raw materials required to build them including timber, cement, steel and quarried stone?

Why, for example, does a subdivision house in the United States or Canada with an in-ground basement, stone paved ground floor, a storey above this, and a dormer storey in addition cost the same as its New Zealand counterpart? This will be a bungalow on supporting piles and a foot or so above terra firma, and with no basement or additional storeys.

In the background lurks the unspoken fact (by the entire politico-media class) that an emphasis encouraged by all political parties on an abstract university-nurtured education has deprived the nation of the applied productive skills needed to actually build the required houses. People such as carpenters, plumbers, electricians….

The mainstream media is financed in terms of advertising by the property sector. The result is the constant announcement of the latest house price peak plateaux attained delivered in the triumphant terms and tone usually reserved for victorious national sports teams.

Richard Woodd meanwhile traces this new government tax tourniquet-tightening on residential rental property owners to a much earlier determination by the government to empower the tenant side of the landlord/tenant relationship. This resulted in the rental accommodation “Warrant of Fitness.”

Then, he notes, interest rates continued to fall with the cheap money pouring into the obvious destination of property and the consequent frenzied bidding for the limited amount of houses available.

It was now, he notes, that the government switched from the bureaucratic emphasis characterised by strengthened tenancy rights via tribunals and now instead concentrated on legislation.

A feature of the new tax “disincentives” remains that officials concede that they are uncertain of the outcome, he notes.

This in turn translates into the culpability or otherwise of the landlord/property investor aka speculator being revealed as a burden or a blessing. Will the elimination of rental property mortgage tax deduction deter the “mom and pop” rental provider and thus open the way to professional corporate-style investors armed with their tax lawyers and accountants?

When the dust settles will there still be remaining what Richard Woodd describes as an engrained national impression that residential property is a one-way bet, a can’t lose proposition? Is there as Tim Horsbrugh indicates something on the supply side that is the true foundation of the accommodation problem?

Does the supply bottleneck truly reside in town planning regulations, absence of craftspeople, artificially high materials costs, or even in something as abstract as a deliberately choreographed climate of inflationary expectation? Or in some element that nobody has yet considered?

More in this category: « Harry and Meghan Security Quest Ends in New Zealand United Nations Agenda 30 Governs New Zealand »
back to top
May 24, 2018