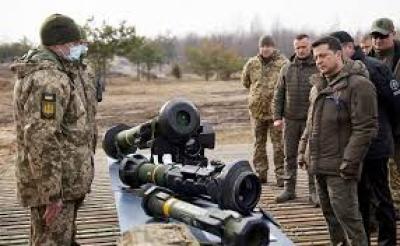 Russia’s attempt to annex the entire Ukraine centres on president Putin’s determination to appease his own population by containing food prices. Ukraine has the world’s highest concentration of black soil and it is the major repository of Europe’s arable production.

President Putin’s invasion of Ukraine was precipitated by increasing indications that Ukraine would secede entirely from the Moscow sphere of influence and into the hands of the Washington concensus.

Western disinformation has created an impression that president Putin launched his invasion because he is a power-crazed tyrant.

Yet it was the West which in such recent times consistently if indirectly signalled to Moscow that the time was right to retake Russia’s one time exclusively owned foodstore, Ukraine.

United States inspired ideologies empowered Russia in the invasion of Ukraine. The campaign against fossil fuels created the energy shortages in the United States itself and in Europe that gave Russia the sinews of war.

This was in the form of its energy exports revenues notably to the United States itself and also Germany.

Incredibly, Europe’s reliance on Russian oil and gas grew to an even greater dependence after Russia’s invasions of Georgia and Crimea.

These shortages still further accelerated the proportion of Russian household incomes devoted to buying food which rose to 50 percent. This is around five times as much as the proportion spent in most Western nations

The hesitancy about exiling Russia from international banking money clearances has much to do with maintaining Europe and the United States current and continuing dependence on Russian oil and gas.

Germany where anti fossil fuel ideologies first became transformed into a political movement led the way in Europe where almost half its energy requirements derive from Russia.

As a one-time Communist Party enforcer president Putin understands how prone the western intelligentsia is to its own ideologies.

Few doubt that the high profile calamities attendant upon the evacuation of Kabul operation were due to a diverting preoccupation at the time within the military of implementing the White House’s new race theories.

Moscow correctly saw that the United States singularity of purpose had become dissipated through the political need to adhere to voter-friendly ideologies.

Former United States senator-turned-broadcaster Scott Brown commented on this whole attitude at the outset of the invasion of the Ukraine.

He noted an atmosphere of “dilly dallying” in the highest places characterised by president Biden departing for a vacation at his Wilmington, Delaware, home.

This corresponded with the situation during the Kabul evacuation when it later became evident that key people in Britain and the United States were on holiday at the time.

More in this category: « Ottawa Wellington Truculence About Class Not Culture Refinery Closes as Tyranny versus Dogma Choice Looms for Government »
back to top
Oct 21, 2018