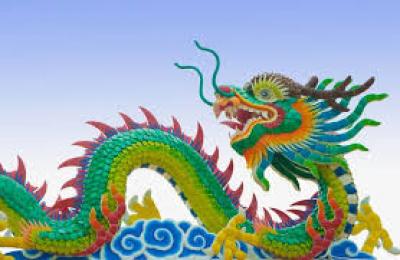 Accelerating separatism in favour of pre-European inhabitants in Australia and New Zealand encourages China to press ahead with its scheme to widen its presence in Oceania.

The CCP understands that the more the governments of Australasia utter the words coming together, the more determined they are in fact to ensure that the opposite happens.

The announcement by Australia’s new Labour government that it intends to establish a parallel Aboriginal advisory auxiliary parliament signals an in-depth commitment to a dual foreign policy and one that will favour a tilt toward China.

New Zealand’s Labour government has a slate of policies both declared and undeclared to empower through co-governance those claiming a pre-European birthright and thus an enhanced perceived and distinct lived experience.

In Australasia separatism blends with policies on clean energy and identitarianism to become the main ingredient of the political formula for winning upscale metropolitan electorates.

This now in turn blends with China’s already successful penetration of institutions that are highly regarded by these same privileged co-governance movement activist bases.

Internationally China’s quite recent capture of Hollywood by becoming the major cinematographic consuming nation put China at the fountain head of in-vogue progressive trends and this is the reason why there is so little public contention over China’s acts and intentions.

It is the reason for example why in these Australasian lands of the great reset public broadcasters only handle in a stifled way China’s role in the genesis and then dispersion of the Covid 19 plague.

Also muted for example is anything very searching in terms of analysing the confluence of Beijing’s Winter Olympics and Russia’s invasion of Ukraine.

Also off the table is insight into the volume and quantity of the abandoned United States military hardware in Afghanistan likely to have been transferred across the border for copying and/or actual use in China.

China’s acquisition of Hollywood in order to protect its other institutional investments is an example of its win-win approach meaning it wins twice. It colonised the film colony and in doing so guaranteed the security of its other downstream contemporary culture investments.

There is something in common here with the broader clandestine modus operandi.

A national intelligence agency secures an above-board and conspicuous asset, one operating in the light of day, (limelight in Hollywood’s case) and uses it to conceal and reinforce its other subsidiary assets that operate in the shadows.

The advent of tribal co-governance in Australia and New Zealand demonstrates how the win-win ploy brings with it for China a multiplier effect.

The knock on is that it grasps the imagination of the new and decisive culturally sensitive voting bloc the excitable metropolitan intelligentsia with its determination to occupy the contemporary moral high ground.

China’s ability to influence outcomes is matched only by its hidden persuasion to staunch debate on matters inimical to these outcomes.

The Middle Kingdom knows that the drift toward co-governance in Australasia is an Oceania political current flowing strongly in its favour.

Ever since it implanted Maoism in Paris in 1968 China has understood how receptive are the West’s urban intelligentsia to it doctrines.

As it focuses on replacing the United States in the Indo-Pacific hegemony China will continue to colonise in the region institutions in public broadcasting and education with their instinctive shared anxiety to be on the right side of history which the CCP views as its own right to determine it.

The CCP understands too that within the socialist governments of constituted democracies there lurks a solid core of hard liners. These are the CCP’s dragons teeth… the sowers of the seeds of strife.

The CCP knows how prone ideologues are to its own way of thinking and how eager this new political class is to empathise with the new rallying cries notably the one about the importance of being on the right side of history.

It was Chairman Mao few now care to remember who enshrined the importance of being politically correct.

The CCP’s penetration of western institutions indicates an understanding of the porosity of these institutions beyond that of their own proprietors.

Where the governments of countries in the grip of progressivism see diversity, the CCP sees divergence, disunity and contention. Open doors in other words to opportunities for intervention under any number of guises.