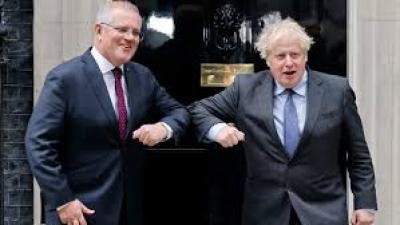 Commonwealth Prime Ministers Preoccupied by Ethical Topics Ignored Own Base

Boris Johnson changed his party without formally announcing his switch as he veered across the political divide from conservatism to globalism. He is in good company. Australian prime minister Scott Morrison did the same thing. He swerved from straight laced traditionalism to accepting the full slate of contemporary avant garde values.

The only difference being that Mr Johnson’s U-turn stemmed from the zeal associated with new converts to causes.

Mr Morrison’s rather grim-faced acceptance of such causes was of a rather more operational nature.

He sought to straddle the Australian electorate by appealing to the metropolitan voguish vote while maintaining a grasp on his base in the unpretentious outback and shires.

The outcome for both prime ministers was the same. In seeking to accommodate their fickle metropolitan types they failed to capture them and at the same time lost the faith of their own one-time ardent if less showy-off followers.

For Mr Morrison this became evident in the federal election. For Mr Johnson in two provincial by-elections.

There are much closer links between the conservative party machines in Westminster and Australasia than many realise.

By the time the result of the Australian Federal general election was received it was already too late for the lesson to be learned let alone applied by the freshly dewy-eyed Mr Johnson now surrounded by knee-taking advisors even if he had been capable of applying it, let alone learning it.

When the war came it was too late as Boris in full Churchill mode strode through the streets of Kiev with president Zelensky.

Margaret Thatcher’s war in the Falklands in contrast was at the beginning of her long term in office and allowed her to give full voice to the resolve and decisiveness that is expected from Tory prime ministers as they sweep aside distractions in order to focus on priorities such as a war.

As the various movements and cults swept in from the United States both Morrison and Johnson gave the impression of being captivated by a mood surge of “Hey! What’s this! Nothing to do with us? Never mind. We’ll run with it. Where’s it heading?”

Where now was the jut-jawed Scott Morrison brandishing a lump of coal before the federal parliament and daring his audience to look at it without fainting away in a fashionable swoon?

Where was the growling 80 seat majority Brexiteer Boris so recently renowned for his scepticism on voguish trends?

Like the China plague that black swan-like plummeted into the relatively placid lake of their early days as prime ministers, the cults kept coming in then metamorphosing and mutating.

Scott Morrison already twisting and turning in the familiar winds of career feminism suddenly found himself at the epicentre of a new gender hurricane.

This one centred on gender reassignment which in turn twisted into a tornado centred on the rights of the thus gender re-assigned to compete on equal terms in high performance sports, especially at an international level.

Boris Johnson looks like John Bull. Yet once he had got Brexit done we can see now that he was increasingly drawn to the salons where the globalists like to glow.

Both prime ministers in their different ways we can see now became hopelessly entangled in the notions of a non productive yet noisy ilk.

In doing so they fell into the tender trap, seeking the affection of everyone.

Mr Johnson is viewed now as someone whose sympathies always lay with the a la mode metropolitans and whose true colours only needed ignition.

In Australia there were just a few straws in the wind that prime minister Scott Morrison sensed that he was beset by a swarm of social justice diversions, notably the gender ones.

In a move that still mystifies many Mr Morrison dealt harshly with the female head of a major and successful and difficult federal trading enterprise who dished out bonuses in the form of fancy wrist watches to her high-performing department heads.

Mr Morrison cited first foremost and always as a “marketing” man seemed blind to the incentive value in all this. He made the ceo a public example to all and any other federal employee tempted to do anything resembling a grand gesture off their own bat.