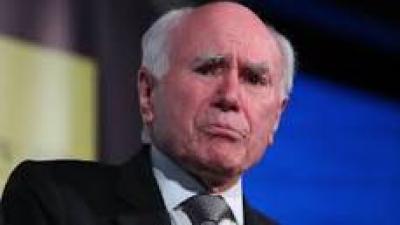 Boris Johnson was served notice because he could not be dissuaded from dragging his Conservative Party and government into progressive minefields which conservatives know they can never successfully extricate themselves from.

Mr Johnson’s determination to engage in activist-grade progressivism became evident when at the Glasgow summit he proclaimed in the manner of a male member of the Royal Family “It’s one minute to midnight on that doomsday clock and we need to act now.”

This effectively set ticking Mr Johnson’s own Doomsday Clock because it followed months of Mr Johnson’s prattling about sustainable diets, vegetarianism, doing away with open fires and indeed any heat sources at all derived from beneath the earth’s surface.

Nobody is talking about this and Mr Johnson’s ouster is officially attributed to his presence at several morale-boosting staff get-togethers during his own lock downs and then prevaricating about it.

The reality is rather more chilling.

At the very moment Mr Johnson made his Doomsday proclamation at the Glasgow summit his cabinet had been on the receiving end for several months and most definitely for the preceding month of Anglo-American joint intelligence to the effect that Russia was building up its expeditionary forces on the Ukraine border to the extent that an invasion was imminent.

Was Mr Johnson deliberately shielded from the Anglo-American intelligence relating to the Russian threat?

Given that former aides and associates have testified to Number 10 being anything but watertight this has to be a possibility especially that upon the invasion a few months later Mr Johnson described it as "the biggest war in Europe since 1945."

Questions must be asked however late in the day………………….

Was he aware by October 2021 and certainly by November of the invasion likelihood?

If so what measures were put in place to boost the United Kingdom’s fuel independence? Stockpiles?

Mr Johnson’s drift into progressive issues was alarming to the Conservative Party just because there is no gain it for the party politically.

There is only the quicksand effect in which the more it tries to fend them off, keep them at a distance, the more the party gets mired in them. This is what happened to the conservatives in the Australian general election only weeks before Mr Johnson’s sacking.

Mr Johnson it is continuously reiterated intends to return to the leadership of the Conservative Party.

He has always savoured the way Winston Churchill voted out in 1945 came back as prime minister in the next general election.

But Sir Winston was voted out, and then back in again, by the electorate. Not by his own Conservative Party.

He was ousted by his party, a conservative one, in 1989 yet came back to lead it to victory in the 1996 federal election.

In the United Kingdom these are not the responsibility of Westminster.

Instead these issues belong with the Welsh and Scottish governments with their own parliaments in Cardiff and Edinburgh.

These are actual countries. They are not states in the Australian or North American sense as so many still believe. They are constituted around ancient tribal borders and as such Wales and Scotland are authentic, true, bona fide First Nations.

In Britain therefore the culture wars minus indigenous conflict, minus First Nation imperatives, are on a much narrower and restricted front.

Horrified, the Tory Party now saw Mr Johnson Siren-like unnecessarily yet inexorably drawing his Conservative government onto the rocks of a politico-moral lived experience in which the party didn’t have to live, let alone experience.