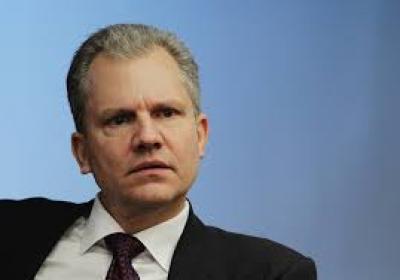 In two current events that came to pass but which were not supposed to happen the real mood was disguised by ultra-positive unemployment figures that outcomes indicate were not in fact trusted.

The first upset was Brexit. The second was Trump.

Britain’s unemployment official figures could not have been more favourable to the status quo. At 4.8 percent incredibly even under New Zealand’s which in the English-speaking zone are routinely the lowest.

United States employment figures remain equally rosy at 4.9 percent and which again remain on a par with New Zealand’s

The institutions charged with analysing and articulating public moods we can see now were fixated on these figures which falsely radiated the impression of the naturalness of the conventional wisdom which was that Britain would stay in the EU and that the Democrats would stay in the White House.

These institutions now resemble a group of indulged children whose hands have been found in the cookie jar. They are unable to admit they were wrong, and why they were wrong. They decline still to learn from their mistake

Nothing illustrates this more than the revealing verbatim conference between the New York Times, once the most highly regarded of these institutions, and their in-house conference with the obliging drop-by president-elect Donald Trump.

The received impression is of a group of doctrinal dilettantes foppishly unwilling to countenance the way in which they misled the people who trusted them.

The sole New York Times representative present who acquitted themselves with any dignity was the proprietor Arthur Sulzberger (pictured) who gave the impression of understanding the failing of his own institution..

So why are people, ordinary people, not responding to these statistics?

The simple answer is that they do not believe them. Instead they believe now:-

The impression now conveyed by these once revered employment statistics centres on the cynicism surrounding the nature and reward of the actual jobs.

This devolves onto the once high-paying jobs in coal and steel especially being replaced by low paying jobs, often part time, in the service industries that have sprung up in their place. This includes janitorial type employment more suitable voters tend to believe for women than for males.

President-elect Trump’s message is for those in the once economic engine room states of the United States who find their high-paying jobs have evaporated.

The people who once worked in coal and steel and in production engineering have now seen their well-padded pay packets migrate into the hands of the service sector, notably the East Coast banking one.

This cynicism now compounded when the banking sector was revealed to have lost immense amounts of the nation’s s wealth accumulated by this very same productive sector.

Anger and disbelief now compounded when it became clear that the highly rewarded financial practitioners were to suffer no consequence in what amounted to embedded institutional bungling of the type that would have cost productive sector employees their jobs- --perhaps forever .

Published in TOP STORIES
Tagged under

More in this category: Fidel Castro saved Cuba from Coups, Counter Coups, asserts New Zealand Eyewitness »
back to top
May 24, 2018