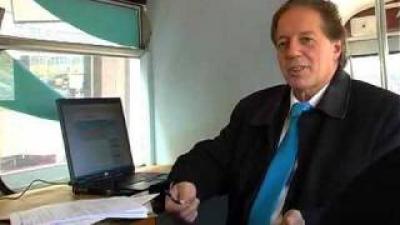 Southland community and business leaders are backing the local aluminium smelter in its battle to pay lower electricity transmission costs. It costs $918 million to run New Zealand's 12,000km national grid, and the smelter has to pay $60.8m a year of that cost.

It originally hoped to reduce that to about $10m, because it only uses one 160km power line, from Manapouri to Tiwai Point, and argued it should not have to pay for wires over 1000km away in Northland or Auckland.

But the Electricity Authority's series of reform proposals is progressively dashing those hopes.

Its latest, and probably penultimate, proposal lowers the smelter's bill only slightly, from $60.8m to $47.4m or $41.9m, depending on how it is assessed.Tim Shadbolt

"We are going to fight it all the way, and we have been getting quite good at fighting these sorts of battles," Mr Shadbolt said.

"I believe it is a case of rallying the troops and getting the South Island mayors together and trying to explain to people what our case is and hoping they will take the side of justice."

More in this category: « Smart Hydro Power's floating turbines provide electricity to world's most remote locations New Zealand geothermal sector interested in supporting development in Iran »
back to top
May 27, 2018