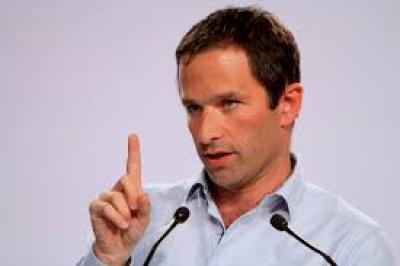 US bungling must not be repeated

A National Front victory in the pending presidential/general election in France shows every sign of wrong-footing the New Zealand government in the same way that the United States presidential outcome did, writes our European correspondent.

Now rated as the front-runner a National Front victory will also see France quit the EU which in turn will signal the end of the entire EU project.

The New Zealand Foreign Ministry must now forcibly and unambiguously direct its officials to now actively consider a National Front victory in the elections in France---and to adjust their own forecasts around this possibility.

Since then the main challenger to the National Front, the Republican Party’s Francois Fillon has become enmeshed in a high profile corruption case in which his wife appeared to receive a substantial public salary for doing work that has still to be defined.

New Zealand’s foreign service officials should now receive a directive to the effect that they must contemplate an outcome that they passionately and personally abhor - - a National Front electoral victory.

On this occasion the closed-loop elitist nature of foreign service practitioners, far removed from the cares and fears of ordinary people, must be prevented from igniting the same partisanship that unreservedly forecast a victory for Hillary Clinton.

These saw New Zealand taxpayers enmeshed in the Clinton fund, and in taking at the United Nations an unnecessary stance on Israel designed to put New Zealand in an unfavourable light with the unanticipated incoming administration.

The directive to officials should accommodate the understanding that, yes, they may have to reveal their misgivings about the National Front.

But that in operational terms they must be prepared on this occasion for an outcome that horrifies they and the people they professionally associate with.

In short, foreign service officials who tend to be cut from the same rather exquisite cloth, must recall in the words of the French saying that though they talk to the captains “it is the crew that does the voting.”

The outcome of the recent primaries of France’s ruling Socialist Party have been more of an upset than most had imagined.

Manuel Valls, until recently France’s young and tough prime minister was swept out of any party presidential flag bearing role by a much lesser-known outsider Benoit Hamon (pictured) advocating a 32 hour week and a capitation tax on robots.

Wellington, on this occasion, must make it clear to its foreign service and trade representatives that it wants facts rather than hopes.