Caution – These Re-purposed Words are Deadly in any Bureaucracy 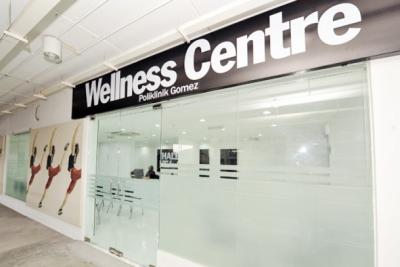 Uninitiated can wreck their public service careers by mishandling them

Jargon in its politically correct form it is now being actively promoted and thus its adoption officially encouraged.Instead of relying on jarring clunky acronyms or neologisms, made-up new words, the new jargon is dangerous in that it is comprised of everyday words that have become re-purposed.

Peter Isaac is the author of The Definitive Bureaucrats’ Survival Guide to Workplace Jargon and also The New Gobbledygook. This selection cites the face-value innocuous words that in recent years, months even, have suddenly become perilous to their unindoctrinated users.

Community Now refers only to pressure groups or voters especially in the gender and sexual orientation category. No longer now used to describe and locations or places such as villages, towns, or settlement.

Equity Refers now to opportunities available to, or being currently enjoyed by, minority categories, even if the minority is in fact a majority. Usually refers to women, ethnics, and other groups considered to be disadvantaged. It does not encompass the aged. It was once applied as “social” equity. But the short form has now become standard. It has nothing to do with investment stocks & shares.

ConversationNow substitutes for word discussion. Or sometimes, dialogue. Its application is to avoid conveying any hint at all that one side in the exchange is superior in any way to the other. Or that the exchange might contain any implied threat as in saying “I will talk to him about what he did.” Indicates equality, or “equity.”

He, she, him her, Mr, Mrs Specific gender definitions have turned lethal. This is an area of intense rawness and all the more so because it is mostly unrecognised. If you are referring to an individual simply identify them by using their first and last names. Unless you happen to be demonstrably female yourself, do not use the term Ms because it is considered condescending. In this gender value judgment context you must deliberately sidestep conventional bureaucratic formality and protocol.

Wellness Health has taken on taboo status and fitness now refers to athletes or to business managers and their schemes. Health has been abandoned because it is considered to refer to ill-health, and to convey a biblical image of the halt and the lame. This may be the reason why when the word is actually spoken broadcasting officials pronounce it as ”halph.” Health is also shunned because of its association with health spas and luxury resorts, i.e. not equitable. Wellness is a rare example in the politically correct glossary of concocted jargon instead of the more usual changed meaning .

Evidence Actually now means research. Used as replacement for proof, as in evidence-based. It avoids implying anything pejorative or suspect. It conveys opinion-neutrality. Rarely now refers to anything legal.

|  From the This email address is being protected from spambots. You need JavaScript enabled to view it. |  Thursday 9 February 2017  ||

More in this category: « Carl Bass steps down as CEO of Autodesk Callaghan Innovation appoint a new CEO »
back to top
Apr 30, 2018