Urgently Needed in Foreign Policy in Trump Era—A New Way of Thinking & Acting plus a study of Sun Tzu. 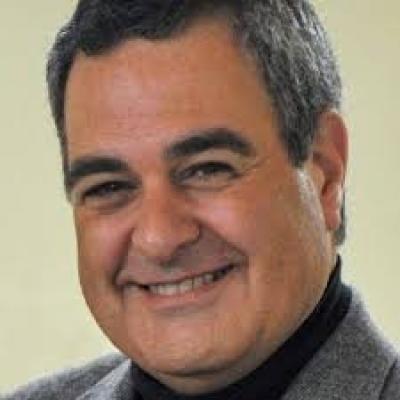 The newly installed Trump Administration continues to catch New Zealand officialdom by surprise. So MSC Newswire asked Washington insider Scot Faulkner (above) what Wellington’s response should in fact be? Mr Faulkner was elected the first Chief Administrative Officer of the U.S. House of Representatives. His reforms became a model for the operation of national parliaments around the world.

The New Zealand Foreign Ministry has set up a special focus group solely for the purpose of identifying early warning of new policies promulgated by President Trump, the ones which will have an impact on this country. Can you short circuit this by helpfully forecasting any of these pending surprise policies?

The New Zealand Foreign Ministry’s Trump Task Force will only be of value if it discards long held assumptions and embrace a totally new way of thinking and acting. Trying to predict Trump through traditional means, such as monitoring after-the-fact media, is like using ouija boards, tarot cards, and horoscopes.

The Ministry’s primary objective should be to move at “Trump speed” and navigate in Trump’s world. Non traditional sources, non traditional methods will be keys to success. Thinking like a visionary risk-taking entrepreneur instead of a politician is the first step into this new reality.

Trump is unique. No one like him has ever been the President of the United States. While a few Presidents had business experience, their main credentials were either the military or government. America usually faced political or military crises. The 2007-2008 economic collapse convinced most Americans that something radical was necessary. So they rallied around a businessman who was known to most as a reality television star. As Trump stated, “everyone else has failed you – what do you have to lose? Try me.”

Trump’s unique background means unique thought patterns and processes. President Trump gets his ideas, news, and validation from places never before involved in governing. He is fearless, non linear. He embraces chaos, acts on intuition, moves quickly, and uses surprise as a strategic weapon. Sometimes only he knows the ultimate objective. He is a student of military history, especially Sun Tzu. That is what gave him the winning edge in business, the Republican primaries, and the 2016 general election.

Trump’s new Administration is already being tested by China, Russia, and a variety of other nations. President Trump’s responses will indicate many things: how fast he responds, how he responds, how he views the challenge and the challenger, how he frames the challenge within his existing world view, how willing is he to vary from stated positions to address a unique situation, how willing is he to escalate, whose advice does he value, who he collaborates with, and who, how, and what does he communicate regarding the challenge to Congress, the American public, and other nations.

New Zealand needs to understand that the next four to eight years has a very different global player. Trump’s approach will be very personal, intimate, intuitive, immediate, chaotic, and against all conventional wisdom, very successful.

All the indications are that the New Zealand diplomatic apparatus in New York and Washington was wrong footed by the Trump ascendancy. This led to falling in line with the Obama era last moment positioning of New Zealand as co-endorser of the UN anti-Israel resolution. Does New Zealand need to backtrack here?

New Zealand should always be wary of being pulled into American politics. Obama’s last minute swipe at Israel during his waning days as President should have been avoided at all costs. Obama’s behind the scenes orchestration of the resolution, which was being delayed until the new Administration, was ill-advised and dilatory. It undermined decades of America being a positive force in the region.

President Trump is a great friend of Israel. He and his team believe that, historically, enemies of America have funded the radical elements of the Palestinian cause.

Trump is committed, heart & soul, to destroying radical Islam and reining-in Iran. His priority is working with those nations that share his view. He sees Israel, and the moderate Arab governments, like Egypt and Jordan, as allies in eradicating ISIS, Hezbollah, Hamas, Al-Qaeda, the Taliban, and their regional and tribal affiliates throughout the Arab world, Asia, and Africa.Trump and his foreign policy team fundamentally differ from the Neo-conservatives who surrounded President George W. Bush. They adhere more to the Reagan-Thatcher/John-Paul II approach of destroying tyranny, but not trying to second guess centuries of local custom through nation building. America’s role is to inspire, not intervene, in a nation’s journey toward a freer society.Israeli settlements are far more complex than the media portrays. Palestinian contractors and workers build Israeli settlements. West Bank unemployment soars whenever Israel slows or suspends new settlements. The chasm between peaceful, free, and democratic Israel and violent, oppressive, Islamic failed states in the region is stark. Land for Peace has been a chimera for Israel. De-radicalizing Palestinian leaders and their movement would go further in creating lasting peace than continuing to place the onus on Israel.

The Anti-Israel Resolution validated Trump’s view that the United Nations is currently there to promote radical anti-Western policies while wasting vast sums of money. It further proves his wisdom of pursuing America’s interests through bilateral, not multilateral, arrangements.

New Zealand has supported in spirit the US-EU trade embargo against Russia called up by President Obama. Is there a defined timetable to conclude this embargo?

There is no defined timetable for ending or modifying the trade embargo against Russia.

President Trump and his inner circle have a non-ideological practical “America first” world view. It harkens back to the 17th/18th Centuries. During that era, Western nations united to stop the expansion of the Ottoman Empire then competed, sometimes violently, to dominate world trade.

President Trump wants to build relationships with Russia and China for ridding the world of rogue players – radical Islam, Iran, and North Korea. This is why he picked Rex Tillerson, who has strong relationships with Russia as his Secretary of State, and Iowa Governor Terry Branstad, who is friends with President Xi Jinping, as Ambassador to China. This is also why Trump picked a skilled fighter, James Mattis, as his Secretary of Defense.

Russia remains problematic as its adventurism in Ukraine and intimidation of the Baltic States complicates Trump’s desire to be “frenemies”. Tillerson will be challenged to craft the right mix of incentives and punishments to refocus Russo-American relations. The current US-EU trade embargo will be assessed within this context.

The Transpacific Partnership Agreement signed in Auckland last year was No 1 on President Trump’s hit list. Looking at the longer term where do you see the advantages/disadvantages in this?

President Trump is all about building one-on-one personal relationships with world leaders. Bi-lateral relationships were his strong suit in business and will serve him well as President. They allow him more flexibility and agility. He has little interest in multi-lateral agreements or entities.

This is why TPP was in his cross hairs as a candidate and now as President. New Zealand and other TPP nations need to offer their best “value proposition” for trade relationships that will benefit the U.S. as much as themselves. These are the kinds of agreements that will get Trump’s attention and become his priority.

Trump prides himself on the foreign investments in America he has facilitated or promoted. He wants American companies to “come home” to America, and foreign companies to settle in America. Trump’s goal is to bring the best of the world to America to rebuild infrastructure and generate lasting employment opportunities. There is a new world of opportunity for New Zealand investment and partnering in America.

Given the available evidence it is hard not to conclude that officials here have only a threadbare understanding of what is going on in the relevant circles of United States policymaking. Where should they be looking? Who should they be talking to now?

Trump’s tweets remain the best original source. Trump won the nomination and the general election by going directly to the public. Over 50 million Americans follow Trump on Twitter and Facebook. The Washington-New York media have become completely irrelevant to the Trump Administration and to Trump’s America.

President Trump has revolutionized the way policy is created, promoted, and implemented. The establishments within the Federal Government, Congress, media, academia, and policy forums, still do not have a clue about what is happening before their eyes.

America’s post-Cold War drift through four failed Presidents has come to an end.

Reagan won the Cold War by using skills he developed in movies and television to command the world stage. Those skills destroyed the Soviet Empire, relaunched the U.S. economy, and redefined the role of government. Trump is using his business and reality television skills to command the world stage for himself and the United States. Like Reagan, Trump is seeking to defeat tyranny, in this case radical Islam, relaunch the U.S. economy, and not just redefine, but completely reinvent government. The establishment dismissed Reagan until he succeeded. The establishment is dismissing Trump, and will be just as embarrassed should he succeed.

Conservative talk radio speaks for Trump and puts his actions and tweets into context. They aggressively expose the liberal media and the Democrats when they promote fake news and conspiracies about Trump. Trump watches Fox news, listens & calls into conservative talk radio, and avidly follows their social media posts. Each validates the other. The most articulate and insightful conservative commentators are Rush Limbaugh, Mark Levine, and Chris Plante. Washington-based WMAL radio hosts all three.