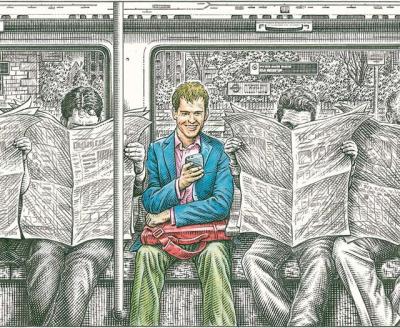 University of Auckland and Victoria University of Wellington have put their academic shoulders to the wheel in backing Newsroom online alternative to print media.

Their other foundation partners include auto company Holden and telecommunications lines outfit Chorus.

Chorus, which is restricted to wholesale activities only, will benefit from additional use of its telecommunications circuits.

It is unsure at this stage if the two universities will contribute from an investment point of view, supplying content, or both.

The universities have long resented what they see as a failure by the daily newspapers in both Wellington and Auckland to give their universities the coverage that they believe they deserve.

Newspapers have long been disappointed by their circulations in universities. In recent years the dailies have clamped down on publishing learned academic articles. More sensitively still, they have ignored requests from the universities to publish their copious degree allocations lists and other such honoraria.

They have dropped their educational roundspeople as part of general belt tightening, thus exacerbating the resentment

Newroom meanwhile indicates that it will have a full time editorial staff approaching in numbers that of a New Zealand metropolitan daily.

The original Newsroom began as a lunge into vertical markets by the NZX. The high-end web aggregator was then acquired by information technology interests which then in turn aggregated it with Scoop, the pioneering New Zealand online challenge to the dailies.

Results were mixed. Scoop stayed in Wellington. Newsroom gravitated to new parentage in Auckland that groomed it for its current apotheosis as a multi-funded direct challenge to the dailies.

There has been talk of the unflappable family-controlled Dunedin-based newspaper chain centred on the Otago Daily Times being involved. This makes sense because Newsroom will require print pick-up.

The failure of Newsroom Versions: 1&2, and also of Scoop to get print pick up was a signal factor in their struggles.

Newsroom Version 3 must have pick-up disseminated through print to let the public at large know that it exists in the first place.

There is mention of dickering with the Wellington based chain Fairfax in exchanging stories. But whatever the stated reason, the real one will be pick-up.

The new Newsroom is unlikely to get it from NZME’s daily NZ Herald or its radio stations.

NZME which has especially aroused the indignation of its university simply by ignoring it gives all the signs of being the target-in-chief for this curious merger of industry and academia.

More in this category: « Enduring Power of Attorney forms made easier Health & Safety Business For Sale »
back to top
Apr 30, 2018