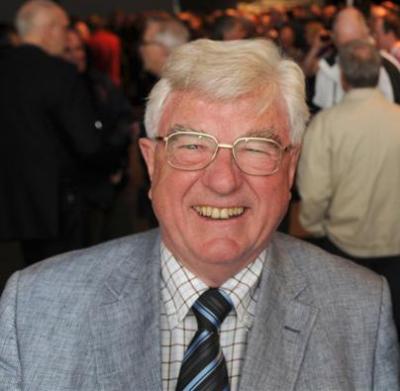 As its future hangs in the balance a veteran EU trouble shooter weighs up the Union, past and present. Five questions now for Michael Lake.........

This email address is being protected from spambots. You need JavaScript enabled to view it.Few officials have been involved in the EU at such a high level for so long and in so many sensitive postings as New Zealand-born Michael Lake, former EU ambassador to Turkey and to Hungary. Along the way he served also in New York, Brussels, and Tokyo. He was witness to the EU and participant in its operations from the outset of Britain’s membership when he was literally drafted in to assist the UK blend itself into European institutions.

Looking back between the 1975 referendum, the one which saw the UK joining the EU, and now Brexit, what went right? What went wrong?

What went right? Where do I start? Seventy years of peace, democracy and  stability in western Europe  after France and Germany had been at war with each other three times during the previous 70 years, usually dragging others into their fighting, notably Britain twice. Also the achievement of common policies which run more or less successfully today on international trade and remember that the EU is the world’s biggest trading bloc by far. It has acted in agriculture (sometimes too protectionist), and over the years in several other areas where it is more effective to act together than alone such as in climate change and the environment generally, energy policy, consumer rights, social policy especially in workers’ rights, and  in the 35 chapters  of the body of EU law.

There is the single market of 500 million consumers, which Mrs Theresa May seems to want Britain to leave. There is expansion of the EU to 28 members (soon to be 27) by including those countries recently released from 40-50 years of Soviet rule. Then there is the EU’s status as a community of law.

What went wrong?  Time and forgetfulness, and younger generations decade by decade who have taken it for granted and are unaware of its benefits.  Too much regulation, certainly. Although what happened was that the EU regulations replaced national regulations in order to make a level playing field for trade.  So the aggregate of regulations in this area has not changed much. A newish one is that such regulations forbid state aid for industries.   State aid is a subsidy and thus unfair. It’s like doping. It is allowed in special circumstances such as in restructuring major basic industries like steel and coal which are now almost irrelevant anyway, but which require concomitant efficiencies, such as down-sizing and major investment.

Generally speaking, the EU has always had trouble communicating with the public, largely because it can be highly technical and very diverse, and because national media tend to concentrate on national stories, thus undermining the more general overview of Europe working on a daily basis. Britain is particularly bad at this and over 40 years the coverage has been on a win/lose basis. In fact Britain has won most of its disputes by far, whether they actually got to the European Court of Justice or not.

The European Parliament which has a far closer hands-on role in governance on EU matters than ordinary British MPs have on British affairs is nevertheless remote from ordinary people partly because constituencies are too big and the media coverage has always been scant. But the European Parliament has the power of co-decision on most things with the Council of (national) Ministers.  It can vote against and thus wreck a Brexit deal with the UK.

You became the European Union’s ambassador to Turkey and as such point man for a policy to integrate Turkey into the EU. In the light of developments over the past year, how do you view this policy now?

I was EU ambassador in Turkey and then, as you know, in Hungary. Here I was locally in charge of monitoring Hungary’s “accession” or membership process covering the 35 chapters I referred to in your previous question.

I was also closely involved earlier with Turkey joining the EU customs union, the only country to be in the customs union without full membership. This had a huge effect in Turkey such as when. the first department stores opened, and the expansion of trade offered consumers better quality at more competitive prices. Turkey relies on the EU market for more than 50% of its exports.  Turkey no longer qualifies for membership and would be blocked because of its moving away from the pillars of democracy such as   freedom of expression, a free media, and an independent judiciary.

It still does meet the requirement for pluralistic elections.   Erdogan is now in charge of a bitterly divided country which is not what he intended. He expected to win by 60 per cent. Turkey’s candidacy for membership has not yet been revoked.  But if Erdogan goes ahead and reintroduces the death penalty it would be revoked by the EU.   This would be highly unpopular amid large swathes of the Turkish population who are pro-EU and highly sophisticated.

The recent referendum was so close as to create a new situation - Erdogan not only lost in his home city, Istanbul, but in his own constituency, Fatih, which is very conservative and rife with burkhas.  Watch this space...Meanwhile it’s a tragedy, but in spite of Erdogan’s dictatorial rule the country remains a very important member of Nato and largely western values on the edge of a region in turmoil.   There is no appetite to cut Turkey off.

Many believe that the United States was behind the expansion of the EU. To what extent was/is this true?The United States has always, and now, even under a revised Trump II, been strongly in favour of the EU for the democratic and economic values it represents. The EU and the US are each other’s biggest trading partner.  I have never heard of the US specifically interfering in EU policies except once which happened to be in my own case. This was when the US ambassador in Turkey came to me and said that the White House wanted to know how they could help get the fractious European Parliament to endorse Turkey’s membership of the customs union?

I told him how this could in fact be done.  He followed my advice. Tony Blair and ( Spain’s premier) Felipe Gonzales  personally gave instructions to their delegations which comprised the biggest political group in the European Parliament and the deed was done.

There was, however, a case where the US may have taken a discreet lead and must indeed have agreed.  At the G-7 summit in Paris in 1988, which I attended along with the seven other G7 summits in which I participated, the EU for the first time ever was given a role in eastern Europe and thus the Soviet bloc which hitherto had been the sole policy preserve of Nato

As Poland and Hungary, and indeed even East Germany, were showing signs of relaxing under the Soviet governance of Gorbachev there was a role for the EU in economic and social development (including more openness) of the bloc.  The US strongly supported the enlargement of the EU from 15 to 27 in 2005 for strategic reasons.  We have to remember too that the US has many, many citizens whose families hail from central and eastern Europe.

How do you gauge the success or otherwise of the Euro currency?The adoption of the Euro has been a boon to ease transactions without exchange rate costs across most of Europe. Anyone travelling on the Continent or involved in cross-border trading, whether in goods or finance, realises this immediately.  But the system lacks a unifying authority, such as a Federal Reserve Bank, able to take decisions and able to issue eurobonds. The issue of a federal Europe is still controversial, but there is still widespread reluctance to go further towards further union that the EU has done with the Treaty of Lisbon. So when the banking crisis hit  the world in 2008  the euro system was unable to cope properly because it was still subject to a national decisions. The European Central Bank has coped by effectively printing money but this is ultimately not sustainable.  This instability in the euro zone remains. And it has exacerbated a prosperity gap between the richer northern Europe and the poorer southern, Mediterranean countries

If you were asked for advice on the EU by anyone in the New Zealand diplomatic-trade sphere, what counsel would you proffer?Quite simply I would say this. Take any opportunity at all seriously and go for it. The EU should be seen as the land of opportunity from a national point of view and on an individual level, a career-enhancing prospect.

MPI to get tough on stink bug ships